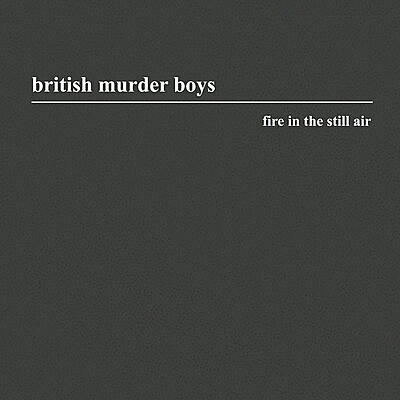 From the incendiary opening sample of Jim Jones used in ‘Hate Is Such a Strong Word’, thru a crushed iteration of ’As Above So Below’, and back to their definitive early statement ‘Don’t Give Way To Fear’ via various hacked and processed BMB components, the decorated veterans invariably make mincemeat of the shouty dilettantes who have committed to this arena in recent years.

Regis mans the mic, swaggering around Surgeon’s shredded drum patterns and egging on the intensity, but also knowing when to wind his neck in and stop short of the sort of the showboating industrial cliches that drove dancers from industrial to techno in their droves during the early-mid ‘90s. In essence, the decorated veterans’ sense of seething restraint, coupled with deadly conviction and technical expertise, makes ‘Fire In The Still Air’ a definitive BMB set for the ages, one ready and willing to trigger a riot anytime. Just don’t call it a comeback.