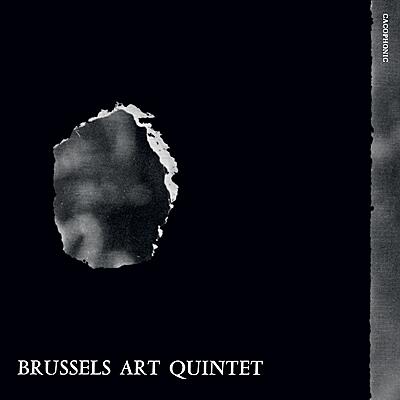 Preise inkl. 19 % USt, exkl. Versandkosten.
Sendungen außerhalb EU sind 15,96% günstiger.
The lesser-spotted jazz atoms that formed the fusion of Futurist Flanders! It might sound like an ambitious claim but having been a firm fixture at the top of many European jazz collector want lists over the past decade Finders Keepers wouldn't be alone when proclaiming this extremely rare, lesser-known two-track 7" from 1969 as one of the best jazz 45s of all time! Alongside Polish pianist Krzysztof Komeda's soundtrack 7" for the film Cul-De-Sac and ranking closely with François Tusques' commemorative Le Corbusier exhibition 45 (featuring Don Cherry) this format-specific release known only as Brussels Art Quintet might well sit at the top of the podium while striking similarities and arguably combining the best stylistic traits of both aforementioned contenders.

This is all speculative and clearly a matter of individual opinion but it's not often that one should find a recording from this era, comprising such high production qualities, keen compositional values and robust craftsmanship spread across two equally spellbinding individual tracks, all of which awards this record justified hyperbole albeit subject to a 50 year delay. It is safe to say that this unique release is "rare" on many levels. Like all privately pressed art projects this 45 comprises some serious outsider art trappings. However, on closer inspection it also stands as a pivotal record in the micro-genre of Belgian jazz, pin-pointing an early axis for some vital progressive jazz players who went on to become sturdy pillars of the central European happening.

Essentially as a five-piece, the short-lived Brussels Art Quintet neatly combines members of both the mythical Babs Robert Quartet (early exponents of Belgian spiritual jazz) and key players from the leading progressive jazz/rock/funk unit known as COS (formally Classroom) who would stand as close affiliates of the likes of Marc Moulin, Kiosk and Placebo through the 1970s. Reproduced in close collaboration with COS leader Daniel Schell, who, under the early guise of Daniel "Max" Schellekens, authored both tracks that make up this facsimile 45 single, this one-off single includes the only known output by the Brussels Art Quintet thus marking the essential in-road to instantly start and complete your entire BAQ collection not without reliving the early germination of the froward-thinking jazz fusion that came to shape Belgium's truly unique movement.