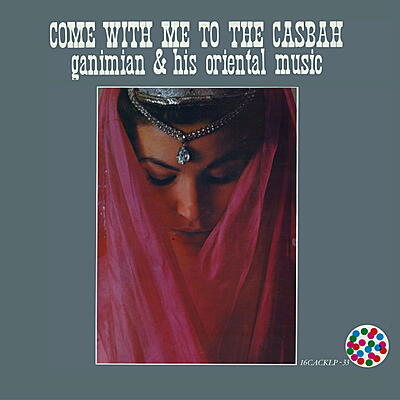 One of the earliest examples of any kind of recorded fusion between rhythm heavy pop music and traditional Turkish music, Ganimian’s developments in New York City - with his sadly unrecorded turk jerk combo The Nor-Ikes (New Dawn) combo – ran almost simultaneously alongside the rising Anadolou Pop scene in Turkey, resulting in his short lived powerhouse of Kif proto-rock under the changing names of Ganim’s Asia Minors, Ganimian & His Orientals and Ganimian & His Oriental Music Orchestra. Combining a line-up of mostly unknown musicians from his local community (where he was worked as a butcher), Ganimian, in a short unison with ATCO records, was fortunate enough to accommodate jazz guitarist Al Schactman as part of his studio personnel (launching the career of this Nina Simone regular) as well as French born Armenian folk singer Onnik Dinkjian and reid player Steve Bogoshian (both from the band The House Of The Seven Uncles) as well as the esteemed Turkish raised Kanun player Ahmet Yatman. As one of the very few early American recorded authentic Middle Eastern fusion record Come With Me To The Casbah has piqued a refined interest in a new generation of progressive world music collector resulting in a distinct drought in original Ganimian pressings on the collectors’ market earning Chicks name a rising placeholder on the want lists of DJs, vinyl hounds and ethno psychedelia collectors.

This LP includes all of Ganimians recordings including the rare singles for Atco and East West which sit awkwardly next to bizarre and unique takes on popular American standards enhancing the exciting freak factor of this record which simply could not be made by today’s stifling self-aware anti-standards. Aside from rare (poorly recorded) private family tapes this album is the only chance to hear the music of this lost enigma of early world music, Eastern fusion and a missing kink in the fabric of New York pop music history captured before his short stint as an exotic Herbie Mann sideman which proceeded his migration into obscurity and his well-imparted tragic struggle with alcohol dependency depriving pop culture of a forward thinking pioneer who paved the way for the more credible exponents of the cross-continental Indo fusion enigma such as John Berberian and the later well pruned hard rock efforts of The Devils Anvil.

Ganimian & His Oriental Music: Come With Me To The Casbah 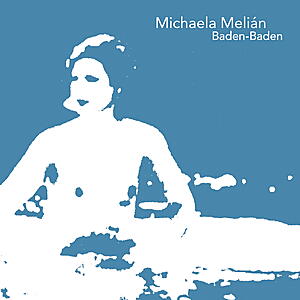