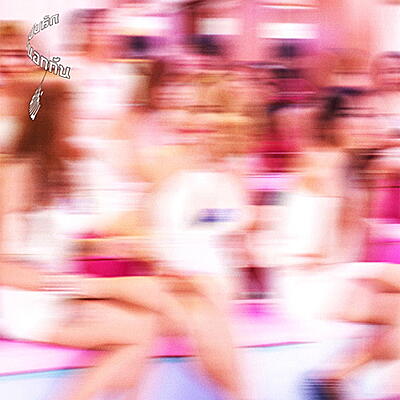 Both songs here are covers of “The Countryside is Great”, a 70s luk thung classic originally sung by Runghpet Laemsing. The song, which plays a pivotal role in the film, is re-titled on the A-side by Ozawa ,And The Babylon Band, who deliver a funky version with winsome vocals by Katsuya Tomita, one of the film’s directors, who, as Ozawa, also plays the leading role in the film. The Babylon Band is led by Iwao Yamazaki, who has a long-running relationship with Kuzok films; he is the sound engineer of “Bangkok Nites”. The AA side is a version by the Tokyo-based synthesizer quartet Kufuki, with vocals by Rifu Otsu, a singer/voice performer and master of shigin. Cover art by Shinsuke Takagi of Soi48.