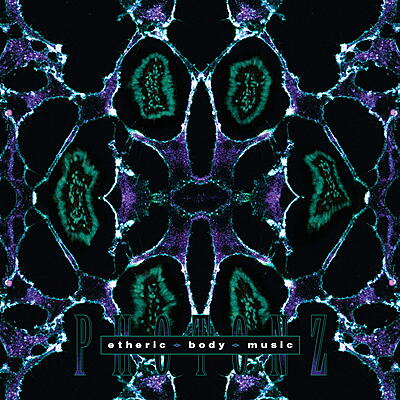 Preise inkl. 19 % USt, exkl. Versandkosten.
Sendungen außerhalb EU sind 15,96% günstiger.
Photonz is the alias of Marco Rodrigues a DJ, producer and driving force of Lisbon's underground scene. For little over a decade now, he's been crafting his own deeply personal style of Portuguese house and techno for labels such as Créme Organization, 20:20 Vision, Don't Be Afraid, Skylax, Unknown To The Unknown and his own One Eyed Jacks. As a DJ, Photonz grew a reputation for deep crates and intensely euphoric sets and in 2017, together with Violet (co-founder at his Radio Quantica) and Lisbon's own Rabbit Hole collective, he started the now infamous Mina parties - a monthly, sex-positive, queer and intersectional-feminist techno party aimed at using the dissociative potential of intense raving to create a temporary space of suspension away from patriarchal expectations.

Etheric Body Music is Photonz’s debut 6-track EP for Dark Entries and a simultaneous reference to hermeticism and EBM (Electronic Body Music). Marco loves that “aesthetic when 80s industrial and EBM bands split up and start to make trance in the early 90s and all the ritual magick pushes them to zen stuff and they do ecstasy.” There's this concept in theosophy and hermetic philosophy of the Etheric Body, which is an energy body superimposed and connected to the physical body, similar to the acupuncture idea of an energetic body. That idea manifests itself as six primal club cuts, which also channel early techno, Drexciyan rhythms, balearic & old school jack. Raw arpeggiated synth lines and bass blast jut against metallic stabs and highly percussive shakedowns to create mournful atmospheric warped house.

All songs have been mastered by George Horn at Fantasy Studios in Berkeley. The vinyl comes housed in a psychedelic jacket with snakey green and purple velvet in an electric acid spewing weird biological alien energy form designed by Eloise Leigh.