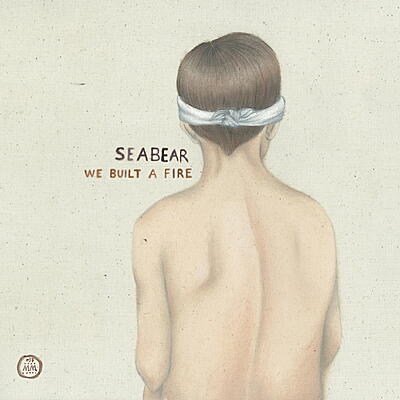 Incl. Instant Download
Preise inkl. 19 % USt, exkl. Versandkosten.
Sendungen außerhalb EU sind 15,96% günstiger.
Defying its humble beginnings as the lo-fi solo project of Icelandic singer/multi-instrumentalist Sindri Már Sigfússon, Seabear has morphed into a rambling experimental/indie/folk septet. Joining Sigfússon (whose unassisted musings are now released via his Sin Fang Bous moniker which just made the American Rolling Stone call him the “Icelandic Beck”) are Gudbjörg Hlin Gudmundsdottir, Ingibjörg Birgisdóttir, Halldór Ragnarsson, Örn Ingi Ágústsson, Kjartan Bragi Bjarnason and Sóley Stefánsdóttir - all working in a wide range of solo-, band- (Kimono, Skakkamanage) and visual arts-projects in their own right. For their second full length LP, We Built A Fire, all members of the band had equal input in the writing process, thereby creating Seabear's first real collective album.
While Sigfússon's unmistakable voice remains the centerpiece on We Built A Fire, the new joint approach is reflected in songs like "I build you a fire" where the whole band joins in on vocals. While retaining their signature simplistic and addictive naive indie folk ("Wooden Teeth", “Lion Face Boy”), the band have branched out stylistically to include elements of straight up indie rock ("Softship"), intense balladry ("Cold Summer") and even some country twang ("Leafmask").
There is something instantly familiar about Seabear's songs that resonates with fans and critics alike. Despite scant promotion and airplay behind their debut album release, 2007's The Ghost That Carried Us Away, their songs and animated videos were a social media hit generating millions of plays. It's a very Icelandic DIY setup - their music is recorded by the band in their basement studio with its apple carton covered walls. All artwork and videos are hand made by Sindri's partner and band mate Ingibjörg Birgisdóttir.
Vinyl with Gatefold-Artwork and extra poster!

Seabear: We Built A Fire