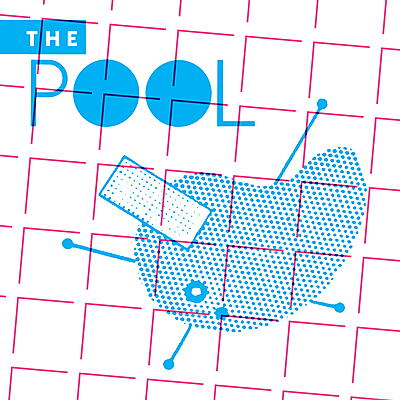 Preise inkl. 19 % USt, exkl. Versandkosten.
Sendungen außerhalb EU sind 15,96% günstiger.
Patrick Keel is a multi-instrumentalist, composer, producer, and performer. The Pool was his solo project, the sum of fifteen years of experience in live bands, studios, and home recording. Patrick was heavily influenced by the radio of the early and mid 1960’s in Dallas. The British bands and Black soul of the era gave him a distinct style, and shaped his musical attitude. The New Wave/Punk/D.I.Y. attitudes of the late 1970s inspired him to express himself in a new way. 1980 saw the release of "Pool One," a sixty minute home-produced cassette. "Pool Two" followed in 1981, which received much praise and little distribution. In 1982 he released a 5-song self-titled vinyl EP of tight, skeletal, synthetic dance music.

In 1983, “Dance It Down/Jamaica Running” 12” EP was released on Moment Productions. Based on response from D.J.’s in New York and the Bronx, Patrick went back in the studio and remixed two songs from the self-titled EP for rapping, scratching and break dancing. "Jamaica Resting" was sped-up, extended, and reconfigured as "Jamaica Running". The whirlpool synth-strut of “Dance It Down” came out of the studio as “Dance In Dub”, with a heavier kick and extended dub outro. These spacious versions were optimal for DJ play, slotting regularly in sets at hip clubs like Danceteria. For this reissue we’ve added two bonus European remixes from the 1984 12” of “Dance It Down/Jamaica Running”, released on Nunk records from Belgium. Both songs employ the use of a Boss DR-55, Korg MS-20, Korg PolySix, and a Prophet 5, and were mixed on a 16- track Ampex recorder. The Pool's spartan, self-assured songs are experiments you can dance to.

All songs have been remastered for vinyl by George Horn at Fantasy Studios in Berkeley. The record comes housed in a newly designed jacket by Eloise Leigh, updating the magenta and blue grid and Pool logo of the Moment Productions release. Each copy includes a 12-page booklet with a never seen before photos, press clippings and notes.

The Pool: Dance It Down/Jamaica Running