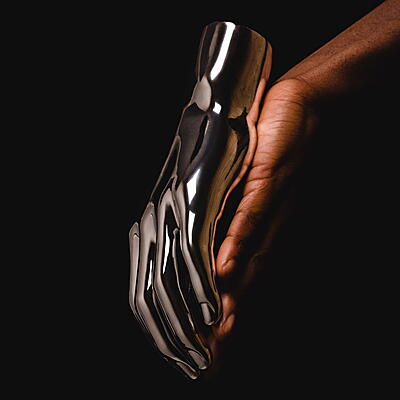 incl. 19 % VAT, excl.  Shipping
Delivery outside of EU is 15,96% off.
Actress, real name Darren Jordan Cunningham, known to friends as DAZ, returns with a new album, now on Ninja Tune and a new music system called “AZD” (pronounced “Azid”), a chrome aspect journey into a parallel world. An artist who has always preferred to make music than to talk about it, in “AZD” he has achieved another remarkable landmark, one which is as resistant to interpretation as it is demanding of it. Following on from his previous albums, R.I.P, Splazsh and Hazyville, an epilogue poem attached to the press release for Ghettoville was construed by media, commentators and spectators that Cunningham had retired. This led him to conceptualise this mass of conclusion as the key to ‘Giving power back to identity.’

So a few pointers, or possible ways to think about “AZD”. The album is themed around chrome – both as a reflective surface to see the self in, and as something that carves luminous voids out of any colour and fine focuses white and black representing the perfect metaphor for the bleakness of life in the Metropolis as suggested by Anish Kapoors Cloud Gate.

Another way to approach would be through the art of James Hampton and Rammellzee (who inspired “CYN,” which Cunningham also sees as a vision of New York in reverse…) – both of whom, though of different generations of the African-American slave diaspora, created art through “Sourcing castaway materials from their environment and reinterprating them into absolute majesty given from the fourth dimension.” There is also the career-long influence of the Detroit techno pioneers, something which becomes clear on this album “there is a contrast in the type of glow or reflection” 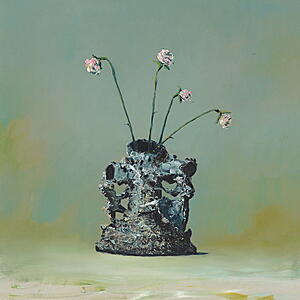