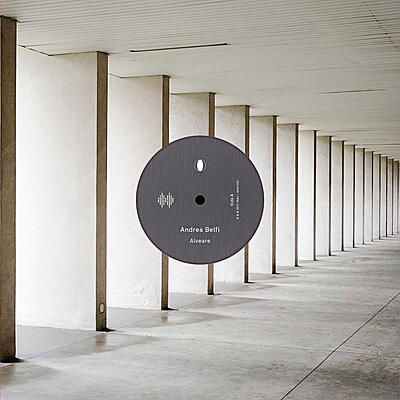 Incl. Instant Download
incl. 19 % VAT, excl.  Shipping
Delivery outside of EU is 15,96% off.
Alveare is the result of a dialog between the artist/photographer Matthias Heiderich and the musician/composer Andrea Belfi initiated by IIKKI between February 2016 and October 2016.

"Alveare" is a journey across and around man-made cement beehives - the legacy of a group of visionary architects. Their playground: post-war Italy. Their vision: affordable dwelling designed to meet as many human needs as possible. A superficial look at these architectural reveries decades later might bring to mind terms such as "excessiveness" and "megalomania". But these massive edifices are prototypes of a city of the future – an urbanized future that was yet to be shaped by bold ideas and dreams. Meandering across the endless corridors of Nuovo Corviale or Rozzol Melara is like a surrealist hike through the realities of thousands of inhabitants of a beehive. And although the walls are made from rigid concrete, they have an organic feel to them. Facades move, shapes shift. Human demands are stronger than concrete and nature will always find a way."Alveare" is a look at drawing board visions cast into concrete and their human adjustments. - Matthias Heiderich