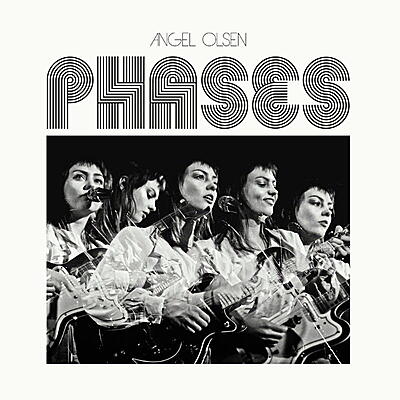 incl. 19 % VAT, excl.  Shipping
Delivery outside of EU is 15,96% off.
How do you best describe Angel Olsen? From the lo-fi, sparse folk-melancholy of her 2010 EP, Strange Cacti, to the electrified, polished rock 'n' roll bursting from 2016's beloved and acclaimed My Woman, Olsen has refused to succumb to a single genre, expectation, or vision. Impossible to pin down, Olsen navigates the world with her remarkable, symphonic voice and a propensity for narrative, her music growing into whatever shape best fits to tell the story.

Phases is a collection of Olsen's work culled from the past several years, including a number of never-before-released tracks. "Fly On Your Wall," previously contributed to the Bandcamp-only, anti-Trump fundraiser Our First 100 Days, opens Phases, before seamlessly slipping into "Special," a brand new song from the My Woman recording sessions. Both "How Many Disasters" and "Sans" are first-time listens: home-recorded demos that have never been released, leaning heavily on Olsen's arresting croon and lonesome guitar.

The release of Phases comes at the ideal time, a quiet extension of what has been a monumental whirlwind of a year for Olsen. My Woman, one of 2016's most universally extolled albums, catapulted Olsen, an already revered songwriter, into a larger, beaming spotlight. The record made regular appearances on year-end Top 10 lists in Pitchfork, Time, American Songwriter, Esquire, Newsweek, amongst other publications. My Woman was also awarded Album of the Year at the 2017 A2IM Libera Awards; other nominees for the category included Radiohead, Run the Jewels, and Bon Iver.

That same outpouring of love for My Woman also had Olsen on the road for the better part of the year, touring around the world. It began with a performance of "Shut Up Kiss Me" on The Late Show with Stephen Colbert, before barreling into a summer full of sold-out shows across both the US and Europe. She also performed on Conan ahead of a sold-out set at Wiltern Theater in Los Angeles, the biggest sold-out stop until Olsen went on to sell out the Roundhouse Theatre in London. Other standout sets included a taping for the legendary Austin City Limits PBS program, and performing at Glastonbury, Pitchfork Music Festival, ACL, and other major festivals.

On a more intimate level, My Woman also allowed Olsen to share her innate creativity and storytelling in a visual way. She directed the videos for tracks "Shut Up Kiss Me," "Sister," and "Intern," offering a new, immersive glimpse into what an Angel Olsen song looks like.

Which brings us to Phases, an album that allows a moment of thoughtful, reflective calm amongst a year of success and growth. The b-sides release is both a testament to Olsen's enormous musical range and a tidy compilation of tracks that have previously been elusive in one way or another. Balancing tenacity and tenderness, Phases acts as a deep-dive for longtime fans, as well as a fitting introduction to Olsen's sprawling sonics for the uninitiated. 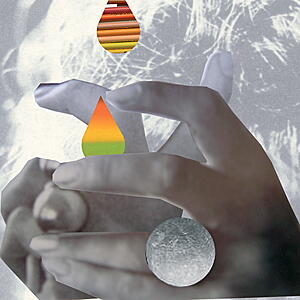