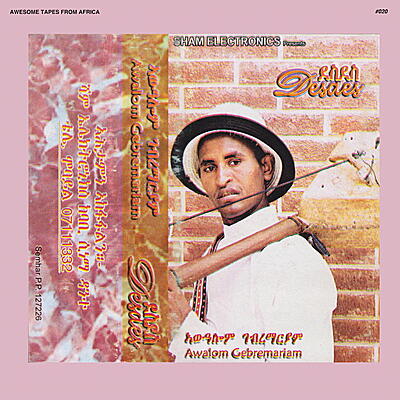 incl. 19 % VAT, excl.  Shipping
Delivery outside of EU is 15,96% off.
At the age of 28, Awalom Gebremariam arrived in the United States, following a years-long journey from Eritrea. He’d made it to a refugee camp in Ethiopia several years ago and eventually attained asylum status for passage to America. But before he left his hometown, Eritrea’s capital Asmara, he made his first and only recording so far, Desdes.

Awalom completed Desdes in 2007, not long before he departed Eritrea. Because Awalom left after the recording he never received any money for cassette and CD sales. But he also didn’t get to find out how much of an impact the songs have had locally.

His songs appear to focus on love, but Awalom isn’t speaking about romantic love per se. Much of the music Awalom heard growing up was intertwined with Eritrea’s difficult and contentious split from Ethiopia.

He spent years waiting for the chance to escape economic and political turmoil at home. Now 29 and living in North Carolina, Awalom works in a restaurant and plans to bring his music to Eritrean communities across North America as well as newer listeners with whom his powerful sounds and remarkable journey will deeply resonate.