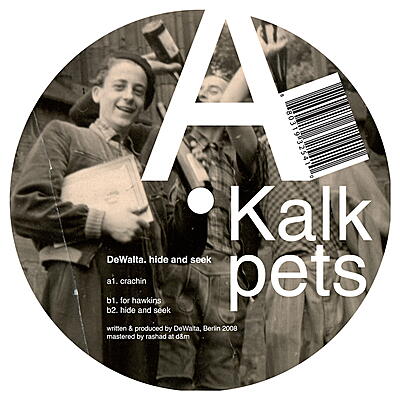 Incl. Instant Download
incl. 19 % VAT, excl.  Shipping
Delivery outside of EU is 15,96% off.
DeWalta aka David Koch from Berlin is an extraordinary musician. Koch runs his own label „Meander“ with two friends and first of all studied classical jazz before he discovered electronic dance music to be his personal calling. Since then he has been experimenting and researching in this ever-changing field, either on his own or together with our musicians and producers resident in Berlin such as Aquatic, Audio Werner and Pier Bucci. In collaboration with Aquatic he released his debut EP „Nebelhorn“ on Kalk Pets in 2007.
DeWalta's music is a wide-ranging mix of multi-cultural, pumped up sounds and selected influences from Detroit techno. David has his own very unique style of programming beats that make you move. Besides his work as a producer DeWalta is also well known as a DJ, and his danceable electronic songs are much loved especially in Berlin.
A DeWalta track was included on Berlin's much loved Watergate club's 2008 compilation CD „Watergate 01“. As well as two releases last year on 'Meander', he recently also put out a 12' on the Berlin label Vakant. But his year of hot productions isn't over yet. At the end of October the next 3 track composition by DeWalta is coming out on Kalk Pets (Vol. 16). It's sure to be another fresh dance interlude ideal for the grey autumn and with warm greetings from the capital!