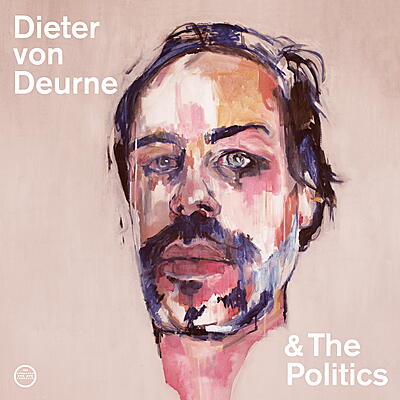 Incl. Instant Download
incl. 19 % VAT, excl.  Shipping
Delivery outside of EU is 15,96% off.
A return to simpler set-ups and times, Antwerp-based musician Dieter Sermeus has started a new chapter in the wake of his acclaimed releases with The Go Find: He is back with a new band called Dieter von Deurne & The Politics, a new formation that sees him revisit and update his indie rocking nineties roots.

Harking back to an even earlier band called Orange Black, a project he formed at 15 years old and which eventually played support shows for indie greats such as Pavement, Seam, and Stereolab, the new entity’s s/t debut album is many things at once: a collective reassurance and rocking-off-chest, an ode to wild simplicity and more direct impacts, less irony, and some good old, heart-felt, fuzzy crunch.
Inspired by the very bands Sermeus used to open for with Orange Black as well as classics such as “Teenage Fanclub, Dinosaur Jr., The Modern Lovers” (and more), it’s the kind of album that makes you want to immediately hitch a ride to sunnier climes. Far from being merely nostalgic, it’s a timeless roadtrip recorded by a musician who’s always been fond of walking.

Jump starting the old engine with “Nuclear Love,” the soothing, mending, reassuring quality of this release is apparent after that first wild-haired guitar solo: “I’ll pull you back in/cause stars don’t give in,” Sermeus sings, whose voice often barely swims above those swathes of guitar and the pace-making lower end in tow, lo-fi backdrops (at times not so) carefully assembled together with his band mates.

An album “about these weird times we are living in” and “the Trumpness,” as the singer puts it, a lot of its essence is hidden in the lyrics of “Channel”: “It’s a beautiful life/It’s a beautiful lie,“ goes the punch line before the tune explodes into a wild jam session. At their softest and most well-balanced, there’s the pop bliss of “Heart-Shaped Stone” and the hypnotic harmonies of “I’m On Trial,” only to be washed away by the straight-forward fun of “The Law of Misunderstanding”. Elsewhere, there’s organ-based minimalism (“I Guess I Needed You More”) and acoustic confessions (“Jupiter’s Moon”), sonic book reviews wrapped in mellow life ruminations (“Knausgard’”), explosive guitar-shredding ecstasy with multiple ignition stages (“Too Much”), until closing track “You” rounds off the LP with its melancholy pop innocence.

Coming full circle after 15 years of The Go Find, Dieter von Deurne & The Politics’ debut album arrives from the land of illuminated, orange freeways and, refreshingly, it doesn’t even try to be any kind of new black. Instead, it just oozes that longing for transformation. For never-forgotten hooks presented in a new light. In a way, it’s 1993 done à la 2017: ain’t no better ointment to ease those current ailments anyway. 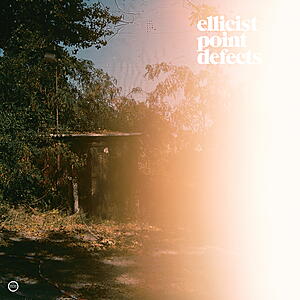 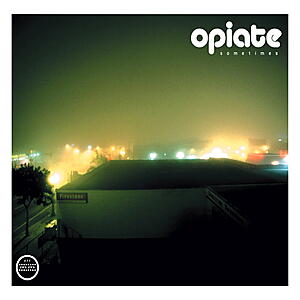