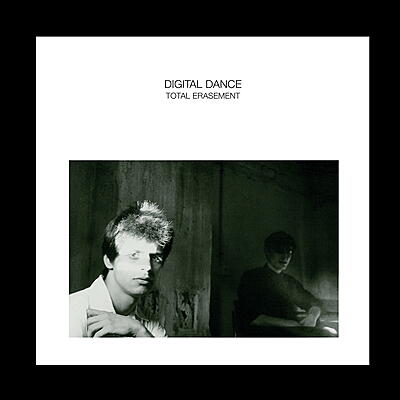 incl. 19 % VAT, excl.  Shipping
Delivery outside of EU is 15,96% off.
Life and death of a belgian cult band Digital Dance comin' directly from the Brussels' punk scene:
Prior to forming Digital Dance in Brussels, in the summer of 1978, Jerry WX (voicen guitar) and Stephan Barbery (guitar) were closely involved in the local punk scene.
Jerry WX played with Chainsaw, the very first Brussels punk band in 1976, and a year later with X-Pulsion. Stephan Barbery played with Thrills from 1977 to 1978. During this period X-Pulsion, Thrills and a third band called Streets played many gigs together, often swapping instruments and members.

Despite their difficult reputation and lack of commercial success, Digital Dance built up a cult following, having even support of John Peel in UK.

Between 1979 and 1981, Digital Dance released 3 singles and did several notable live concerts, as opening act for Magazine or Siouxsee and the Banshees. The various members subsequently played in groups as diverse as Fad Gadget, Marine, The Revenge, Kid Montana, Noh Mask, The Names, Snowy Red, The Weathermen....
Digital Dance did their last live show in 1981, there was no definite end of the band but they don't play together between 1982 and 1998. Sadly, Jerry died in 2000.