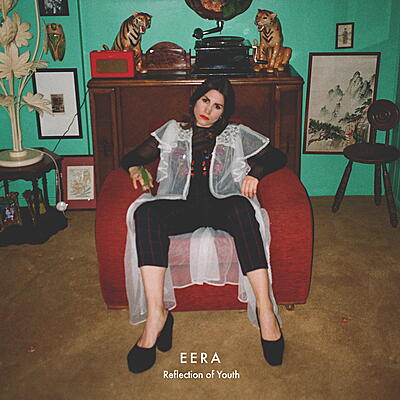 incl. 19 % VAT, excl.  Shipping
Delivery outside of EU is 15,96% off.
EERA, the moniker of the Norwegian-born, London-based musician Anna Lena Bruland, will release her debut album Reflection Of Youth via Big Dada. Today she shares two tracks, “I Wanna Dance” and “Christine”, showcasing two facets of the upcoming, much anticipated Nick Rayner-produced record. On the upbeat “I Wanna Dance”, the pressures of modern life - financial, romantic and existential - are kept at bay by intervals of good, old-fashioned hedonism. “Christine”, a gentle song about courage, advice and family, is the album's emotional core.

Reflection Of Youth - which was recorded in a studio on a working dairy farm deep in the wilds of West Wales as well as in the producer’s home studio in Cork, Ireland - is an album of visceral beauty and blistering honesty. It is a brave, candid and uncompromising record about finding purpose from confusion and strength in your weaknesses. It’s about learning how to work through your problems and take charge of your own life, instead of relying on others to do it for you. Its ten songs were largely composed in the small hours of the night and are arguably best experienced in that context, when soul-searching and introspection come naturally.

For Anna Lena, the album is a document of a tumultuous chapter in her life. It’s very much about living through your twenties, which in Norwegian society are “the years when you’re supposed to figure everything out.”

Reflection Of Youth follows the release of last year’s eponymous debut EP which received radio support from Huw Stephens (BBC Radio 1), Lauren Laverne and Tom Ravenscroft (BBC 6 Music) as well as critical praise from the likes of The Sunday Times and Time Out New York who included “Drive With Fear” in their Best Songs Of 2016 list.

On Reflection Of Youth, EERA’s sound has already evolved into something rawer, rockier and noticeably angrier. "It was a really odd experience to listen back to the record and realise what I'd made," says Anna Lena. "I was surprised by how different, how much more powerful it felt from the EP. Those songs sounded like I was quietly knocking on the door, trying to get in, whereas the album feels like I'm stepping through it." If Anna Lena set out to achieve anything, she says, “it was to make an incredibly honest record that would give people a real sense of who I am. I think it’s important to be vulnerable, to not be afraid of showing emotion and be open about it with the people around you. We all face problems in our lives, so why not meet them head-on?” 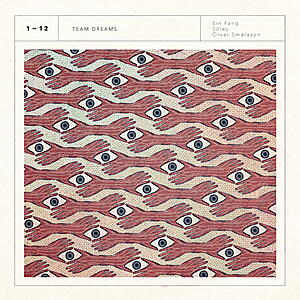