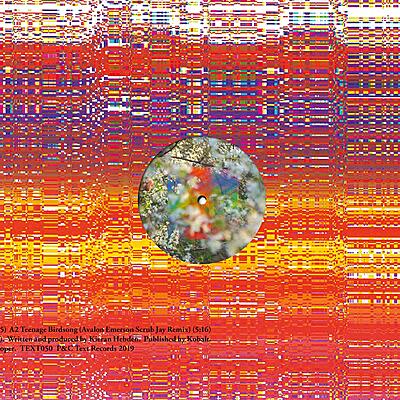 incl. 19 % VAT, excl.  Shipping
Delivery outside of EU is 15,96% off.
Teenage Birdsong; the downtempo springtime single from Four Tet featuring an emotive bassline and his trademark beautiful top lines alongside melancholic pan pipes. For this remix package, he’s asked what appear to be some of his favourite artists at the moment to have a go at providing their own interpretations. Avalon Emerson builds on the original's mood, adding some scattered drums and rhythmic oddities throughout. Brothers Tessela and Truss AKA Overmono, who have been prolific of late, provide another sublime track to add to their ever-growing collection. There’s also another original track from Four Tet himself to close off the release; ‘Dreamer’ was released digitally earlier this year but this is the first time it’s appeared on vinyl.