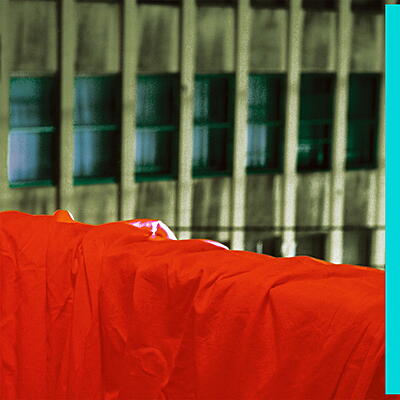 incl. 19 % VAT, excl.  Shipping
Delivery outside of EU is 15,96% off.
"In software engineering "decoupling" is generally all about discerning whether or not two components need to closely work together or can be further made independent. Independence is great because it makes those things easy to change or use somewhere else. Usually, you can't remove coupling between components completely. D e c o u p l i n g in that context normally means loosening the existing coupling, making sure each component knows as little as possible about the other components around it”.

The first in a series of split vinyls concerning dependencies, miscommunication and increasing complexity in our media- saturated digital era. Georgia and Bellows inaugurate the decouple ][ series with works between futuristic eclecticism and avant-garde pan-aesthetics, where musical themes flow tangentially. Similar, but without effectively engaging one another. A metaphor for a world of surfaces.

Digging into their sound archive, Bellows build an immersive Konrad-esque 19 mins of humid and winding electronics with ‘Untitled’. Drawing on years of improvising experience, Nicola Ratti and Giuseppe Ielasi take a puristic avant-garde approach, using tape loops, static, modular synths and field recordings. A subtle nostalgia pervades the whole work - the music sneaks through lush, decadent dystopian visions like in a travelogue. Mallets, statics, cut-up white noise, synthetic kiks and uncannily pitched voices branch out like roots, while digital birds whistle all around in an aquatic atmosphere, perhaps suggesting an ironic take on ‘orientalism’ - down to the river’s delta.

All cover pictures for the decouple ][ series are taken from Alice Bonfanti’s ‘Transparent Things’ [1997] courtesy of the artist.