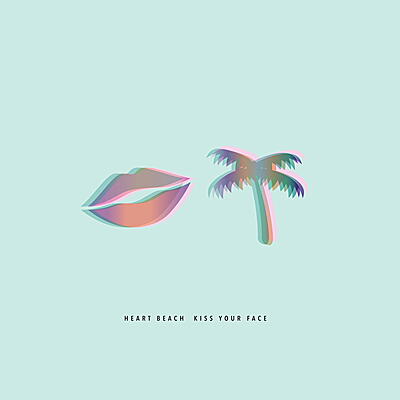 incl. 19 % VAT, excl.  Shipping
Delivery outside of EU is 15,96% off.
Band members Claire McCarthy (bass/vocals), Jonathon McCarthy (guitar/vocals) and Christopher Wessing (drums/guitar) interweaving girl-boy harmonies, insistent guitars and steady rhythms create uniquely crisp yet subtle sounds of simplicity and grandeur. Attracting comparisons to old-school greats such as The Pixies, Echo and The Bunnymen and Joy Division; the Tasmanian indie-pop trio’s musicianship is of the highest calibre.

In May 2016 a repressing of the trio's self-titled debut was released in North America and Canada with Vancouver based label Kingfisher Bluez, and Heart Beach toured Australia nationally. Stay tunes for EU dates in 2017.