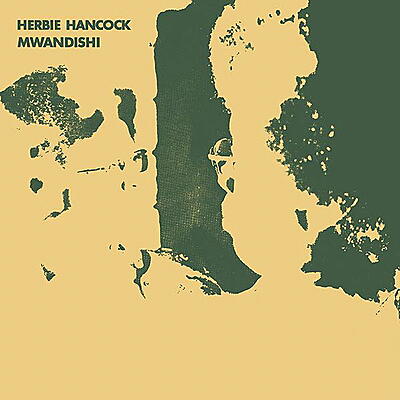 incl. 19 % VAT, excl.  Shipping
Delivery outside of EU is 15,96% off.
After releasing their Warner Bros. debut, the Herbie Hancock Sextet underwent a major transformation in the early '70s. Over the course of a year, every member was replaced (except Herbie Hancock himself and bassist Buster Williams) and each adopted Swahili names. (Williams even led the group in occasional sessions of Buddhist chanting.) Hancock chose the moniker Mwandishi (meaning "composer"), and the Sextet became unofficially known as the Mwandishi Band.

The lineup's first album – simply titled Mwandishi – reflects Hancock's new aesthetic and spiritual directions. Stretching out from the R&B / jazz fusion of Fat Albert Rotunda, the pianist would draw inspiration from his time with Miles Davis (whose classic Bitches Brew came out in 1970) as well as through the creative relationship he had formed with producer David Rubinson (known for his work with Moby Grape and Santana).

"Ostinato (Suite for Angela)," dedicated to political activist Angela Davis, is an extended jam with stunning rhythmic complexity – enhanced by studio effects, such as Echoplex delay. On the ballad "You'll Know When You Get There," Hancock's tight arrangements are saturated in reverb, which gives an ever-shifting dimensionality. Side-long closer "Wandering Spirit Song," written by trombonist Julian Priester (aka Pepo Mtoto), goes even further out: alternating between dynamic soloing and group improvisation, the Sextet fully manifests the radical potential of their collective identity / energy.

Mwandishi remains a bold and expansive statement, even after nearly 50 years.