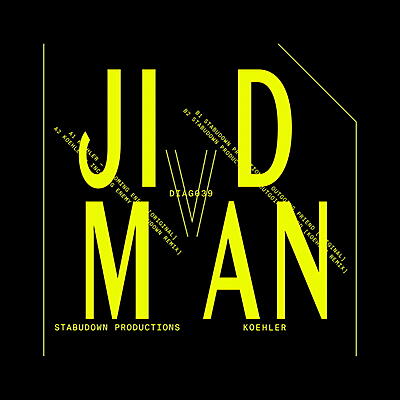 incl. 19 % VAT, excl.  Shipping
Delivery outside of EU is 15,96% off.
Renegade ravers, Koehler and StabUdown Productions - a new alias of James Donadio (Prostitutes) - get loose and chaotic in a deadly stand-off for Diagonal, firing four barrels of belligerent electronic shrapnel and sawn-off techno following a slew of crushing solo 12”s spread around the wrongest rave houses over the last five years.

On Jim v Dan they offer a sort of snarky peer review of each other’s tackle, with each producer offering an original cut to be sniffed, prodded and mauled by the other in an itchy, virulent process of rugged refinement. While it may be hard to tell who takes the points after four rounds, either way the rave comes out on top.

In round 1, Koehler makes the first move with Incoming Enemy, doling out a rictus tattoo of rail- gunning ‘ardcore breaks and bleeps that bite down with the curled-lip attitude you’d expect from indulging any of his ramrods on Berceuse Heroique and Skudge White. In response, StabUdown’s Jim Donadio gives back a sort of 2-stepped industrial shoulder barger nagged with gnashing breaks and dub-churned bass from the Valve playbook.

For round 2, Jimlad takes the first slap with a mighty twist of dancehall techno recalling the sick mutations of Demdike Stare’s Wonderland LP, harnessing hardbody groove with sticky, stinging electronics for one of the deadliest shots in his armoury, which Koehler duly hypnotises with a sort of drunken snakestyle inversion, diffusing its reticulated energy into a spaced-out reel of bleeps and Uchronic AI techno - think B12 meets Orphan Drift. 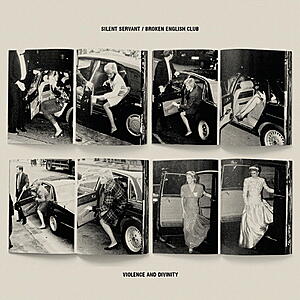 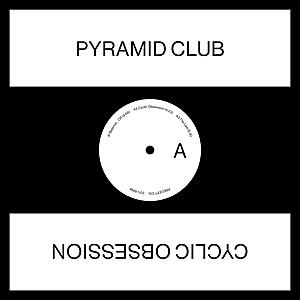 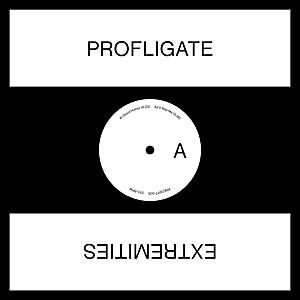 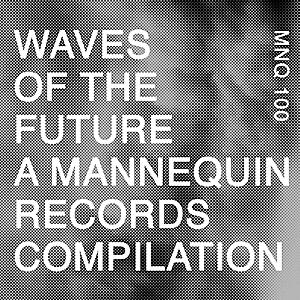 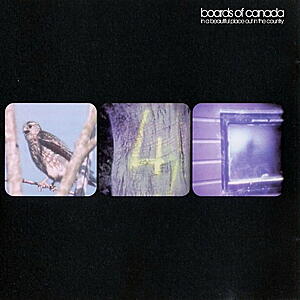 Boards Of Canada In A Beautiful Place Out In The Country Warp Records
12”: €11,99