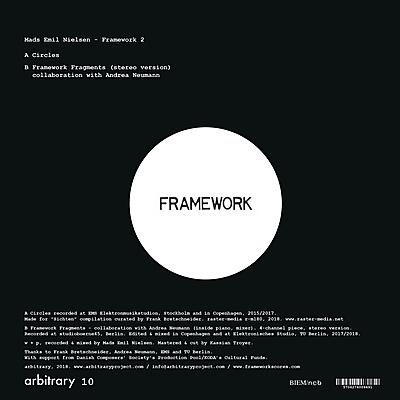 Circles (Disc1: side A) is a dense, 03:45 collage of synthesizer recordings made during a residency at EMS (Elektronmusikstudion), Stockholm. The first graphic score is an illustration in three parts, based on sketches and drawings made intuitively while listening during and after the recording process.

Framework Fragments (Disc1: side B) created in collaboration with Andrea Neumann is derived from live recordings made with electronics and inside piano, and is based on the second score. The piece was made by the two musicians improvising from the seven graphic score fragments, sequenced using individual timecodes and then edited by Nielsen into a more complex collage, following closely the structure of the original recording. Originally a 4-channel composition, Framework Fragments was presented as part of the two artists’ “Creepage Current” sound installation in Berlin, Copenhagen and Milan, 2018 & 2019.

Nielsen then invited two artists to interpret the notation & score – electronic musician Jan Jelinek and sound artist Hideki Umezawa. These recordings are included on Disc 2 (on transparent vinyl). Jelinek chose to focus on the second part of the Circles score – following its structure / timeline and translating the elements into three separated loops blending in and out, one after another, surrounded by additional sounds and random textures.

Umezawa interpreted the Framework Fragments score. Various recordings based on his improvisations made with the Serge synthesizer – once again during a residency at EMS (2019) – were organised to ensure the sound material correspond to each element / score fragment. Finally, the material was re-arranged in detail and edited into the 9 min. composition. 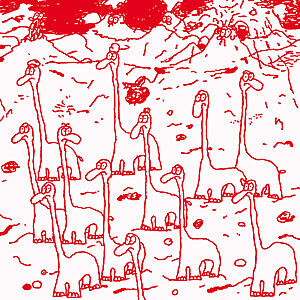 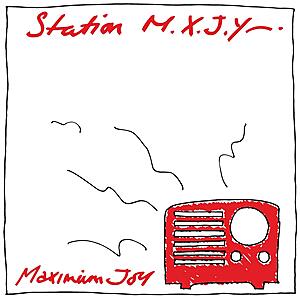