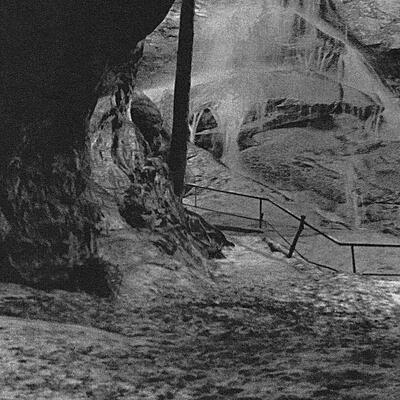 Incl. Instant Download
incl. 19 % VAT, excl.  Shipping
Delivery outside of EU is 15,96% off.
55 minutes of relentless power electronics coming via courtesy of OAKE, presented for the first time on vinyl.

Originally recorded during a live performance in Marseille, 2015 and previously released on tape via Ascetic House in 2016.

'Live in Marseille' is now newly presented on 4 sides of wax which have been supervised and editing by OAKE, remastered and cut @ Dubplates and Mastering, Berlin and pressed at Record Industry, Holland.

The 2xLP comes housed in a 6mm full cover record sleeve with each copy housing a individually, hand printed artwork.