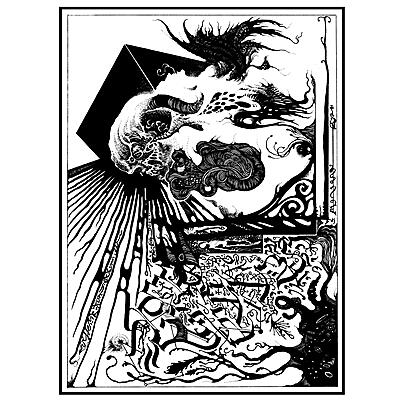 Incl. Instant Download
incl. 19 % VAT, excl.  Shipping
Delivery outside of EU is 15,96% off.
Captivity is the next highly anticipated extended EP by Kush Arora aka Only Now, following a triptych of self-released output in 2019. Continuing the project’s ever evolving engagement with themes of time and existence, Captivity encompasses versatile synthesis, mutant kuduro, widescreen sound design, turbulent cold fronts of power ambient and melodic undertones of black metal.

The product of a two-year period in which Arora was contending with transitional shifts in his personal life, Captivity is a culmination of what the project has explored both in a prolific run of recent material and as a whole, across several years of time dilating, mind altering music.
Although shaped by adversity and corresponding sentiments of angst and insignificance, Captivity is pitched at total transcendence. Adopting a meticulous approach to production, a methodology which opens up almost every element to transformation and deconstruction, Arora generates forms which possess a sense of pointillist precision, as well as a keen psychedelic potency.

Despite consistency with his earlier output as Only Now, Captivity is nevertheless an indication of Arora’s ability to challenge internal and external assumptions. The introduction of new hardware – namely, the Nord Drum 3P synthesizer – as well as the incorporation of far-flung atmospherics – closing track ‘Clock Lust’ features field recordings from a trip to Kyoto – delivers fresh enterprise and experimentation, contributing to the expansion of a sound signature which remains as unpredictable and compelling as ever.

With the eponymous opener, Arora combines fathomless underworlds and riotous breakbeats. On ‘Mutants’ a hyper-kinetic onslaught of percussion, low-end and stray cut-ups of noise break out, building to a panorama of thunderous industrial firmaments. ‘Perpetual Slaughter’ maintains momentum with icy, ricocheting FX and concussive, tribal drums, and then unexpectedly shifts into a poignant outro which brings to the fore the enduring influence of black metal on the project. ‘Bound 2’ is cut with relentless sub-bass and rapid syncopation, resembling an abstracted form of juke music, something that could feasibly have been masterminded by Autechre. With the LP’s finale, ‘Clock Lust’, Arora presents a finale of transfixing 3D ritualism, the lone toll of a bell ringing out into a mesmeric emptiness.

Together these form a complete statement from Arora, illustrating the fertile and open-ended territories the Only Now project has arrived at after promising outings on Infinite Machine and Discrepant imprint Sucata Tapes. With Captivity Arora delivers a substantial highpoint and a profound voyage into the world of Only Now.