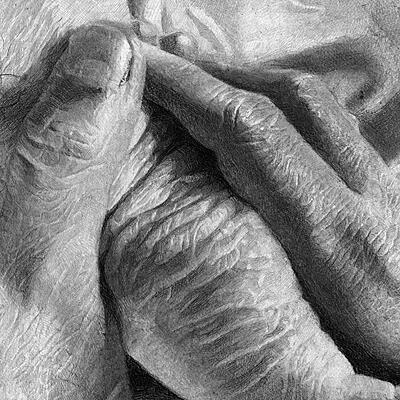 Incl. Instant Download
incl. 19 % VAT, excl.  Shipping
Delivery outside of EU is 15,96% off.
With Far Islands And Near Places Parisian pianist, composer and multi-instrumentist Quentin Sirjacq releases his solo debut on Karoake Kalk. While he has collaborated with Dakota Suite on the 2014 release There Is A Calm To Be Done for instance, this is the first release under his own name for the Berlin label.

The album expands on the sound signature and composition style that Sirjacq has been cultivating for some time through his releases on labels such as Ambiances Magnétiques, Brocoli and the Japanese label Schole where he previously put out 3 albums. On Far Islands And Near Places he notably expands on the instrumentation of his previous album Piano Memories in order to extend the resonances of the piano as well as add a more rhythmic quality to it.

The new album features a wide range of additional instruments such as fender rhodes, synthesizers, marimba, vibraphone and glockenspiel on top of the ever present piano as the central instrument. This allows Quentin to explore new possibilities and add extra layers of richness to the arrangements. The result is a truly diverse musical palette. While the core melodies are often still played on piano, as you might expect – this being the instrument Sirjacq studied at the Royal Conservatory in The Hague between 1999 and 2004 as well as music composition in Mills college USA between 2005 and 2006, there are moments of euphoric electronics such as on Bodies, which verges on a minimal club style. Other tracks on the album, Orange for example, adopt a more traditional approach. The album takes its title from the tune Far Islands, a subdued and haunting ballad centered around fender rhodes and completed with subtle percussion.

As one might expect for someone who has worked with none other than the great Fred Frith, Sirjacq's compositions also lean towards experimentalism and avant-garde in places, as can be heard on the tunes Round Dance and Its Raining In My House which make such great use of the melodic percussion instruments; glockenspiel, vibraphone and marimbas.

In his own words Quentin Sirjacq says "I believe music today should allow us to care more about our inner life and self understanding in order to become more peaceful individuals and acknowledge the complexity and mystery of the human being." This is exactly what Far Islands And Near Places does. The final result is for the listener to be carried on a journey through different subconscious places, by using classical composition techniques from classical music, jazz or song writing in connection with today’s way of hearing and producing music through new technologies. Such a beautiful record will no doubt appeal to fans of neo-classical, ambient and modern chamber music.