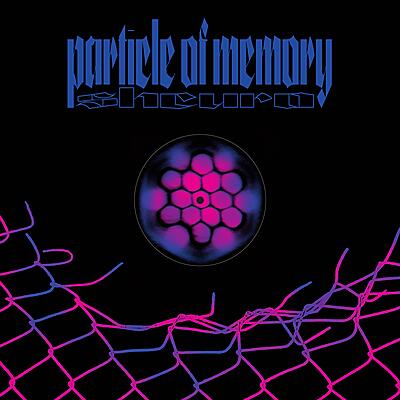 incl. 19 % VAT, excl.  Shipping
Delivery outside of EU is 15,96% off.
Shcuro is the alias of João Ervedosa a DJ, producer and graphic designer based in Lisbon. He also runs the record labels Sombra and Paraíso, makes music as Jose Acid and hosts a show on Rádio Quântica. His first contact with a DJ setup happened at age 15, and that’s when Shcuro decided to buy his own turntables and mixer; and started producing his own beats, too. He’s since released music on Basal, Circus Maximus, Obscuur Techno, Golden Mist Records and his most recent collaboration with Photonz for Future Déjà Vu.

‘Particle of Memory’ is a hypnotic 6-track EP that explores new territories in contemporary dance music. Sonically Shcuro paints his sounds blending moody techno with industrial noises alongside fast, apocalyptic electro and breakbeat. He is influenced by Portuguese rave culture that was born in the mid-90s at Lisbon clubs Alcântara-Mar and Kremlin and the country’s first electronic label Kaos Records. Shcuro continues to expand and morph this rich dance heritage to create something entirely different. The bouncy, lead track “Afterlife” features vocals and lyrics by London's ELLES followed by a Decadent Dub rework.

All songs have been mastered by George Horn at Fantasy Studios. Housed in a die-cut jacket designed by Eloise Leigh reminiscent of ‘90s escape/sci-fi films with futuristic bright pink pop flourishes