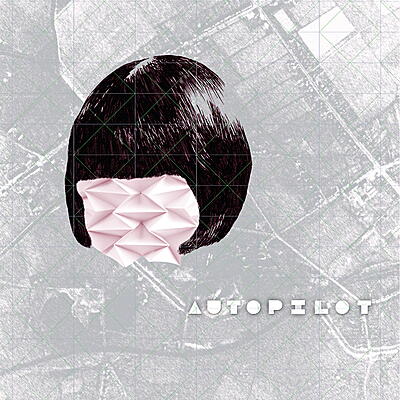 Incl. Instant Download
incl. 19 % VAT, excl.  Shipping
Delivery outside of EU is 15,96% off.
A lot has changed in the way musicians, record labels and publishing houses perceive themselves since record company revenues began their steady decline. On the one hand we are pleased to see a new kind of musician – not really all that new – who bypasses several links in the so-called value chain by selling himself on the Internet. On the other hand we bemoan the fate of many record labels, distribution companies and shops that have had to shut down. These music-obsessed specialists, with their taste and expertise, have all but disappeared from the public eye, signifying the loss of the filter role that these institutions used to play. With every bankruptcy filed by a label, record shop, distribution company or music magazine comes a yet another loss of direction.

Music publishers play a special role in the ever-changing music landscape. A lot of the activities that used to be part of the core competences of record companies and artist management agencies have now been taken over by publishers. Music publishers do not sell recorded music, nor do they organize concerts. Instead they handle music rights. This puts them at the center of the discussion about copyrights and intellectual property rights in an era of digitization and the Internet. Ironically, this often goes unnoticed by the general public which, along with the artists, is ¬¬directly affected by the policies of so-called collection societies such as GEMA. In an era of dwindling revenues from music sales, the money earned by music publishers has become the main source of income for many music authors.

The music publisher AUTOPILOT, founded by Willy Schwenken and Guido Möbius in 1997 and run mainly by Möbius since 2000, will come of age this year. Originally a home base for songwriters from all over the world, the profile of the publisher has constantly evolved over the years. Möbius does not know much about the mainstream and considers the chart-worthiness of his publishing repertoire irrelevant. What is important to him is the expressiveness of the music and the personal relationship with the artist. Working in publishing leads people to think in terms of figures, track lengths and Excel tables. On the other hand, Autopilot was conceived from the beginning more as a record label – a label with a broad yet unconventional repertoire and a boss who knows his program and manages it well. The current compilation is not meant to represent the entire range of the Autopilot publishing program. It does not claim to be anything other than a good mixtape, an atmospheric collection of very different kinds of music – timeless releases together with tracks that were previously unreleased or exclusively produced for this compilation. Raise the curtain for Autopilot.

The dark magic of the entirely improvised concerts by the duo Air Cushion Finish can be distinctly perceived in their track Single Black Hole. They have woven a kind of industrial blues into a dense web of amplified, extraneous guitar noises. The sounds of squeaking strings and knocking on wood form a frame around singer Lippstueck’s clear falsetto.

Mesak, head of the Harmönia label and one of the key figures of the Scandinavian Skweee movement, delivers his take on Babylon’s Falling by Guido Möbius, resulting in a stoically reserved, downtempo stoner club track.

Multilayered, repetitive percussion, a sparse guitar melody and the warm voice of Lars Paukstat of Faust: not much more was needed to turn It Was Not Me into a timeless, post-Krautrock hit.

With an edit of their song Bob Ross – The Art Of Painting, Transformer Di Roboter show that they know a thing or two about contemporary club music. Bob Ross Edit is a lesson in advanced songwriting with a hook that stays in your ear for a long time. The complexity of the melodic lines and harmonies contrasts with the sound of presets and an 8-bit aesthetic.

Guitarist, composer and producer F.S. Blumm has made his mark with countless releases featuring a musical language that is entirely his own. Nils Frahm, the celebrated rising star among the new concert pianists, proves to be a like-minded partner for the Berlin native.

Andreas Otto aka Springintgut, a tireless jack-of-all-trades from northern Germany, achieves a fine equilibrium between complexity and lightness with his music. Otto is one of the partners of the Pingipung label and has developed his own instrument, the ‘Fello’, an impressive link between cello and computer.

Berlin native Sicker Man is a very busy theater musician and restless songwriter. Boo, based on cello loops and metal percussion, is one of his most captivating instrumental pieces.

The band name Mini Pops Junior is rather misleading. The duo’s music, consisting of saxophone, sparse electronics, open spaces and long pauses, is anything but cute and sounds more like a dark prophecy.

The sound of water is the predominating element in Oocyte Oil by Black To Comm. Water could also serve as a metaphor for the calmly flowing, subtly shifting music of the Hamburg musician and label boss.

Vor Büchsen is a melancholic miniature from the recent album ‘up, up and astray’ by Frank Schültge alias F.S.Blumm. Schültge masters the songwriting as well as the extensive sound landscape.

Festung by The Marble Man originally appeared on 7-inch vinyl. The drawn-out beats and guitar feedback inspired Guido Möbius to develop his rendition.

Miwon is a master of friendly, relaxed bass music. He invited Falk Nindel to his studio to play Rhodes on his previously unreleased track Shutter.

The only predictable element in the music of Adam Butler alias Vert has always been its unpredictability. After multilingual electronica and neo-ragtime, the exiled Londoner has now turned to songwriting. The melancholic And I Know is a foreshadowing of his new album, set for release on Album Label in 2015.