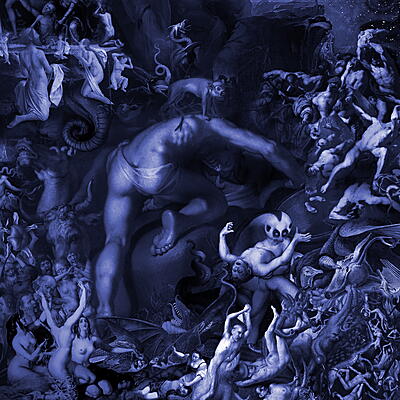 Incl. Instant Download
incl. 19 % VAT, excl.  Shipping
Delivery outside of EU is 15,96% off.
For the third chapter of Refined Productions Aleksandra Grünholz aka We Will Fail delivers her third full length album entitled Dancing on her recently launched label with Jakub Mikolajczyk, head of MonotypeRec label and MonotypePressings. Here she tells the story:

“Taking a break from rationality, my first thoughts about the theme of this album were about the night, when our sight is limited and thoughts are corrupted by fatigue. I don’t dance anymore, I don’t party, I don’t let myself go. Some time ago that part of life slipped away from me. This album is like silently entering into a place you shouldn’t be in. A lot of rave inspired sounds were used on the album, dreamy pads, arpeggios, simple melodic structures; but this album is not easy and simple.

As head of a graphic design studio in Warsaw, last year was very hard for me, the amount of work started to overwhelm me; I started to feel stupid and possessed by the work, this is how the tracks ‘Very Urgent’ and ‘Economic Maladies’ were born. While the track ‘Reason’ is about losing rationality and how easy it is to do.

‘Put Your Hands Up in the Air’ encompasses the rave. It’s also a kind of question, can music itself tell a story? Very often in EDM or trance music there is a story and I like to call it catharsis. A moment, when the beat slows down and melody/pads become solo. I tried to extract this moment, without adding drops and aggressive rhythms.

‘So Who’s the Man’ is about regaining the power, slowly but consequently. This album is a about feeling bold, monstrous and strong. Like looking insolently into someones eyes. You have to be patient with this one, because it builds up slowly. If you listen only for a fragment you miss the whole idea.

‘Beasts from the East’ was inspired by the thought of being a small peace loving person in a chaotic world that is dominated by stupidity.

The track ‘2018’ epitomises the rave, but more complicated. Each of the layers are a but simplistic and could construct a dance track, but as there are so many sounds simultaneously, it can become disturbing in the perfect way.

‘Diving in Plastic’ was fit for the last track, I didn’t want the album to have a perfect conclusion, I wanted to leave the listener hanging and ready for more.”

We Will Fail: Dancing