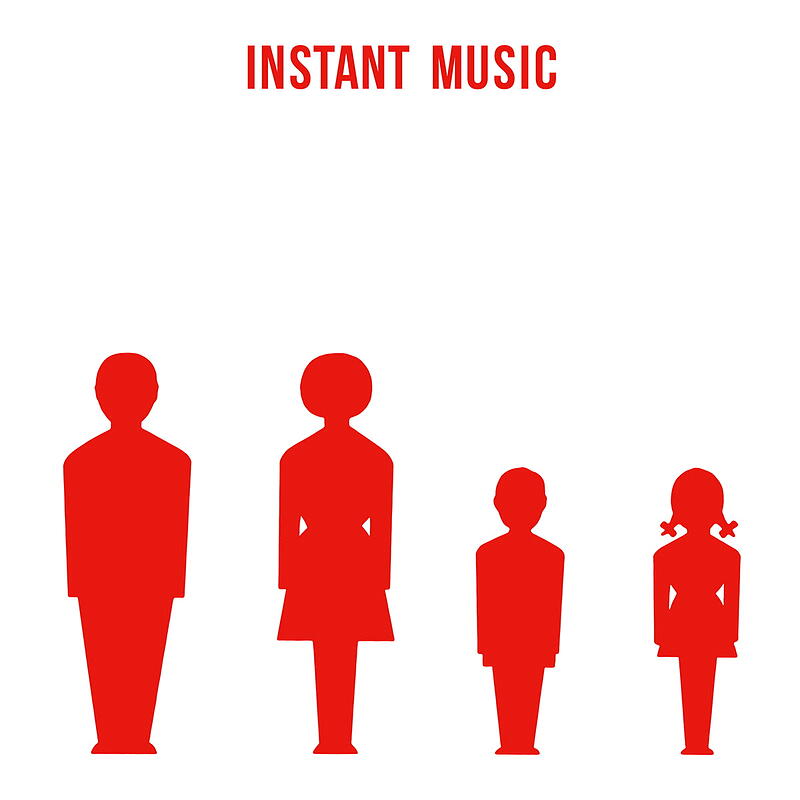 Instant is the trio of Bernd Schöll (Bass, Vocals, Rhythm), Mike Hauer (Guitar, Synth, Percussion), and Marion Siekmann (Vocals) from Munich, Germany. They formed in 1980 after meeting through mutual friends attending the local art and graphic design school. The trio were dissatisfied with their surrounding musical environment. Inspired by the Velvet Underground, Kraftwerk, and Giorgio Moroder, they set out to create their own brand of Neue Deutsche Welle fusing Dada, disco, and Krautrock.

Over the course of 2 weeks in Summer 1980 the band teamed up with local producer Mario Strack to record 6 songs. These would make up their debut eponymous album that was originally self-released on 10” vinyl in 1981. They utilized a simple set up of guitar, bass, and keyboards, plus the BOSS DR-55 Dr. Rhythm drum machine. Metal scraps clanging appear on the tracks “Do Not” and “Optimate Minimum”, and a washing machine was sampled on the track “Joyboy”, which features Marion reading from the appliance’s instruction manual. The A-side features 4 tracks in 11 minute, while the B-side hosts 2 songs in the same stretch of time. “Charade” features no wave saxophone accompaniment from Kai Taschner of Munich New Wave band Luna Set. Marion’s vocals are between Nico’s Teutonic chill and Alison Statton’s (Young Marble Giants) playfulness, while Bernd takes a monotone approach. Lyrics for “My Boy” and “Everybody's Gotta Mutate” were adapted from ‘Rotwang’, a fragmented novel written by Tim Hildebrandt, one of the brothers famous for illustrating the works of Tolkien.

All songs have been remastered for vinyl by George Horn at Fantasy Studios in Berkeley. The vinyl comes housed in a replica of the original jacket design, which features a neon red screen-printed drawing of a cut-out doll family on a stark white background. Each LP includes a postcard insert with lyrics.