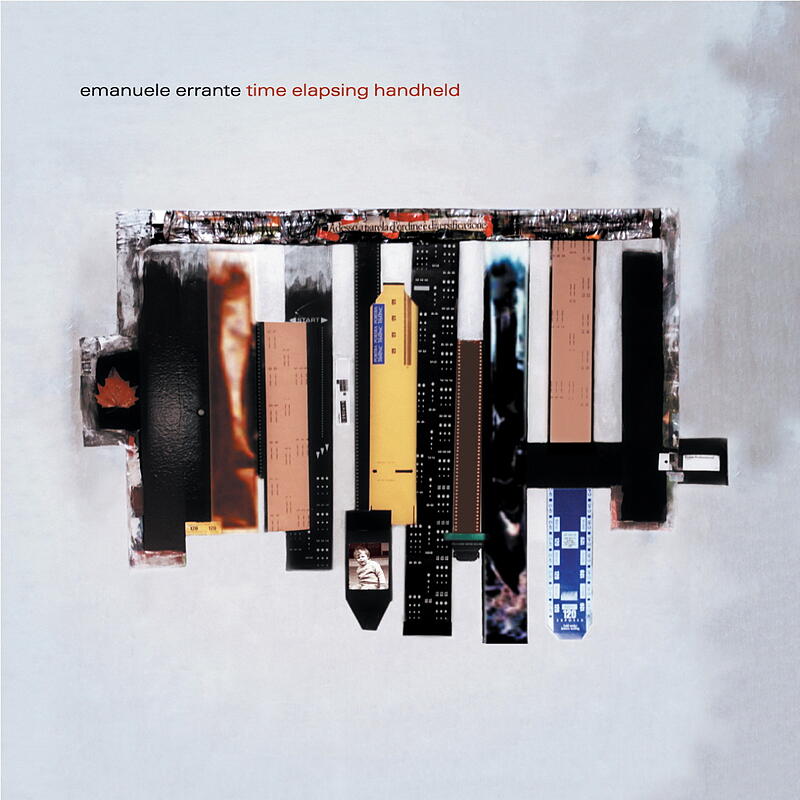 Time Elapsing Handheld is the third full length album by Italian experimental musician and sound-artist Emanuele Errante. His debut album Migrations came out in 2007 on Canadian label Apengenine to great acclaim. Along with Hauschka, Peter Broderick and the Books, Errante remixed his Karaoke Kalk label-mates Dakota Suite for their album The Night Just Keeps Coming In. Now with his latest work Time Elapsing Handheld he releases another long-playing record of astonishing majesty on Karaoke Kalk. This stunning album kicks off with the appropriately titled opening track Leaving To Nowhere, and from the word go the listener is captivated by the many layers Errante's delicately interwoven sound-scapes. What's fascinating about Emanuele Errante's work is the way he combines acoustic sounds and electronic production methods to great effect. Like on Made To Give which was written in collaboration with English sound-artist Simon Scott who was formerly in Slowdive, now one member of Seavault on morr music (with A Ryan from ISAN) has also worked with Brian Eno, Machinefabriek, Jasper TX and Nils Frahm among others. Errante walks a fine line between an organic, analogue timbre on one hand and the modern digital world on the other. While the guitar, piano and harp all play a great role on Time Elapsing Handheld, its never too long before these instantly recognizable acoustic tones become engulfed by synthesized strings, sampled noise or digital effects. Time Elapsing Handheld is accessible on a level that vocal based pop/rock can never be. And that is the wonderful thing about this kind of ambient music; it draws on our attention in a completely different way from traditional song-based music. Rather than constantly demanding close listening and cramming the compositions with obvious landmarks in order to grab one's attention, ambient seeps into the psyche effortlessly - almost against the will. In this way it is perhaps the most subversive music around as it is still taken in when one thinks one is not really listening; even as background music ambient sounds such as Errante's have a tremendous impact. In this way Time Elapsing Handheld plays with our preconceived perception of music and temporality allowing us a refreshingly positive new outlook. As Emanuele puts it: „Time is a relative concept. The recording of a song makes infinite the moment of its execution. But man has not yet succeeded in inventing a device that can accelerate the passing of time.“ This strong metaphysical concept behind the album is illustrated beautifully in Valentina Russo's stunning cover artwork. And with one amazing video for Dorian's Mirror already finished by director Mélanie Skriabine plus Errante currently collaborating with Italian experimental theater group Acchiappastorie, there is no lack of visual stimulus to accompany the recordings contained on Time Elapsing Handheld. Time Elapsing Handheld will appeal to anyone interested in serious new music and might be especially interesting for fans of artists such as Arvo Part, Marsen Jules or Deaf Center. This is definitely ideal music for contemplation while listening from the comfortable solitude of headphones. The calm and tranquil atmospheres that Emanuele Errante evokes lend themselves perfectly to sitting back and letting the music sweep you along on a sonic journey. http://www.e-errante.com http://www.maisound.com/errante/ http://www.myspace.com/eerrante