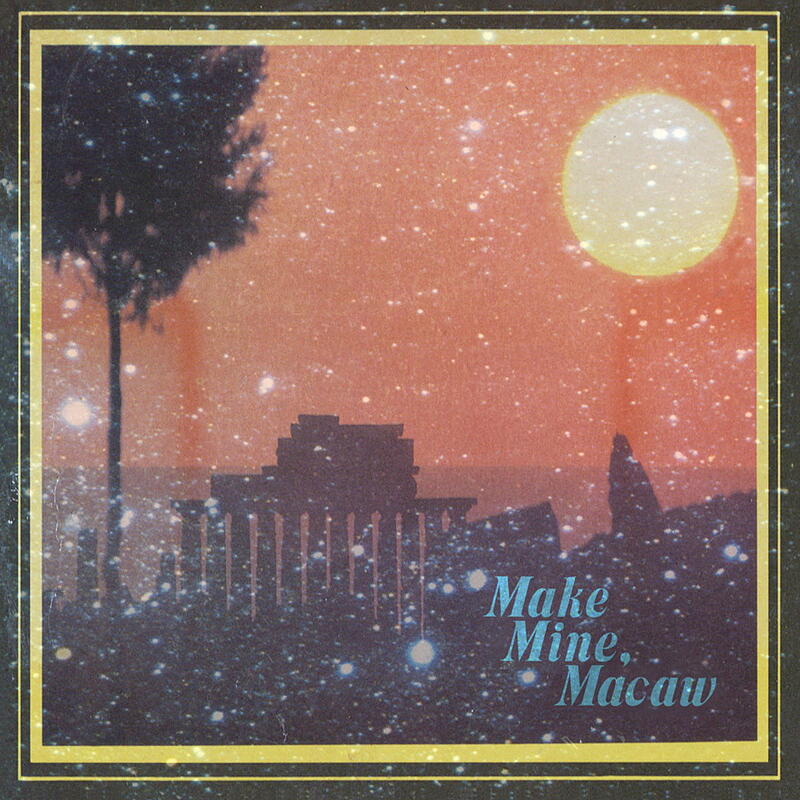 We should be grateful to live in the same era as Spencer Clark; in a time when we hear that there’s nothing new to be done or discovered, his musical career has shown that there are myriad worlds available to be found. Earlier this century he created a sound phantasy with Skaters and after that he pursued a new alchemy under various aliases (Charles Berlitz, Fourth World Magazine, Monopoly Child, Typhonian Highlife, etc.) and projects (like Egyptian Sports Network, Tarzana or The Temple Defectors). If in Possible Musics Jon Hassell began creating sounds for his “Fourth World”, Spencer has been creating “possible worlds” where his music can exist in his own “Fourth World”.

The different aliases aren’t a mode of dispersion or to create confusion, they’re setups for the different possibilities he imagines for music. Make Mine, Macaw (previously released in 2010 as a limited CDR on Pacific City label) references a large long-tailed parrot, common in Central and South America. Make Mine, Macaw is part of a trilogy about birds, Spencer's “Tropical Bird Romance Audio”, which also includes, Bamboo For Two (Olde English Spelling Bee, 2010) and The Garnet Toucan (Underwater Peoples Records, 2012).

A deep dive into this record makes it clear why it should be re-released. Spencer’s chaotic and mysterious approach to releases, made some really hard to find or listen to due to the nature of them and how they were made available. Despite his career not being very long and that the internet has made it easier to trace most of his back catalogue, in order to understand Spencer's work some archaeology needs to be done. To better understand his own “Fourth World”, or his alien language music, and to expand its vivid musical colours, records like Make Mine, Macaw need to have the special treatment and attention they deserve.

Let’s just say that in the field of experimental-tropical-cocktail music, no one does it like Spencer Clark, especially through his output Monopoly Child Star Searchers. Make Mine, Macaw explores the best cocktail recipes through five colourful pieces, using Clark's premium technique of blurry repetition and dreamy percussions. It's “Fourth World” is one fulfilled with many dimensions that needs the attention you give to a Rubik's Cube when you play with it for the first time. After that it gets better and better. A tropical fantasy that starts in your ears, feeds your brain and changes your life. You won’t know what a pacific city sound vision is until you see one. Make Mine, Macaw makes you see one clearly.