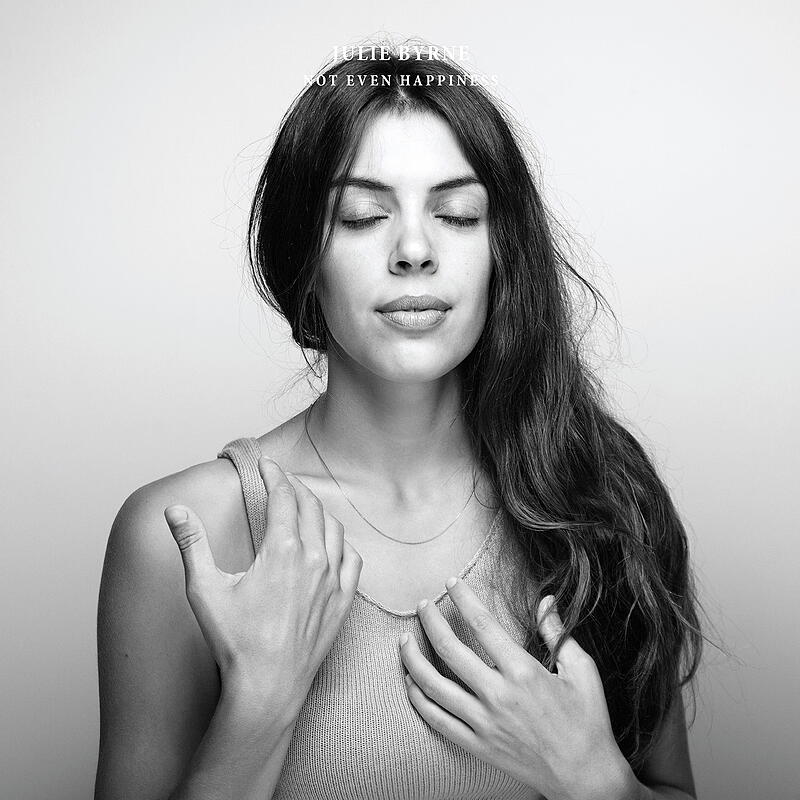 Sometimes it can take years to find your calling. Not so, for wanderer Julie Byrne; whose power of lyrical expression and melodic nous seems inborn. But often, what comes naturally demonstrates against speed. Julie’s second album Not Even Happiness has taken time to evolve, but as it spans recollections of bustling roadside diners, the stars over the high desert, the aching weariness of change, the wildflowers on the coast of California and the irresolvable mysteries of love. Her new album archives a vivid world that would've otherwise been lost to the road and in doing so, Byrne exhibits her extraordinarily innate musicality.

In fact, some of the album’s songs took two years of fine tuning to get where they needed to be. And if you were to ask her why the follow up to 2014's Rooms With Walls And Windows has taken so long, you’d only be greeted with a bemused smile as though it's the strangest question she's ever been asked; “Writing comes from a natural process of change and growth. It took me up to this point to have the capacity to express my experience of the time in my life that these songs came from.”

Having counted Buffalo, Pittsburgh, Pennsylvania, Northampton, Massachusetts, Chicago, Illinois, Seattle, New Orleans as her home in recent years. For now, Julie has settled in New York City where she moonlights as a seasonal urban park ranger in Manhattan. Whether witnessing the Pacific Northwest for the first time (‘Melting Grid’), the morning sky in Colorado after staying up through the night at a house party in the mountains of Boulder (‘Natural Blue’), recording the passage of freight trains on the outskirts of Buffalo, New York ('Interlude'), or a journey fragrant with rose water; reading Frank O’Hara aloud from the passengers seat during a drive through the desert of Utah into the rainforest of Washington State (‘All The Land Glimmered Beneath’), Not Even Happiness is Julie’s beguilingly ode to the fringes of life.

Self-taught on the guitar after picking it up when her father became ill and could no longer play the instrument himself, Julie readily admits she can’t read music and doesn't even listen to it all that much - the first vinyl she owned was indeed, her own. Recorded with producer Eric Littmann (Phantom Posse), Julie laid down the new album in her childhood home in western New York state and offers an altogether bigger picture to its predecessor through a wider, yet subtle, exploration of instruments and atmospherics, Not Even Happiness reveals an artist who has grown in confidence over time.

Byrne's debut album was released back in January 2014 on Chicago based DIY label Orindal after initially being as two separate cassettes releases. Rooms With Walls and Windows went onto become a true modern-day word of mouth success story (it would have to be for an artist who shuns all forms of social media) and ended the year being voted number 7 in Mojo magazine's best albums of the year, with the Huffington Post calling it "2014's Great American Album". A collection of hushed intimate front porch psych-folk songs, that unknowingly recalled the greats, but felt very much for our time. It saw her travel to Europe over two summers playing the Green Man festival and End Of The Road, as well as lesser trodden tour paths around Europe.

Julie Byrne will take the songs from Not Even Happiness (the first release on a new record label Basin Rock, based in the Lancashire / Yorkshire border town of Todmorden) on the road throughout 2017.

“Very fine female folk... has the same casually lost but so what vibe of the genre's classics. Beautiful Stuff” The Wire