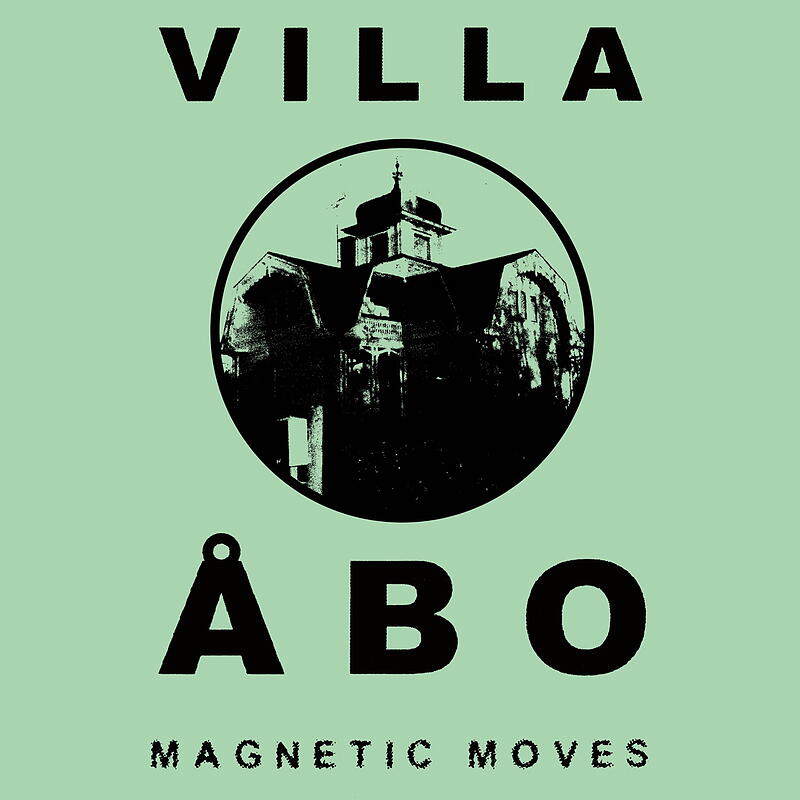 Villa Åbo in the alternative solo project of Swedish musician and producer Jan Svensson, who has been making electronic music for the better part of 30 years as the artist behind such aliases as Frak, Studio SS and Alvars Orkestra. Svensson also runs legendary Swedish dance and experimental music label Börft, the product of a mutual appreciation for Severed Heads and Terse Tapes. As Villa Åbo he released two records in 1997 on Börft and remained inactive for 17 years until the Dutch label Bio Rhythm coaxed him into revisiting the project and released a double 12" in 2014. Jan has since followed with a steady stream of 12” singles for Kontra-Musik, Noise In My Head and Radio Lundberg.

“Magnetic Moves” is Villa Åbo’s debut album, originally released in an limited edition of 65 hand-numbered cassettes by Funeral Fog in 2016. Clocking in at over 46 minutes, this first-ever vinyl edition spreads the 8 ragged techno tracks across four sides for maximum loudness. Some songs are aggressively potent, with cyclical synth riffs and razor-sharp acid lines riding a heavy, funk-fuelled techno groove. Others tracks are more fluid, vintage Underground Resistance or Derrick May with killer drum machine workouts that come in handy as DJ tools. All songs have been remastered by George Horn at Fantasy Studios in Berkeley.

The record is housed in a custom made jacket designed by Eloise Leigh, featuring a photograph of Jan’s mother’s house, the meaning behind “Villa Åbo”. Each copy includes a double-sided postcard with notes.