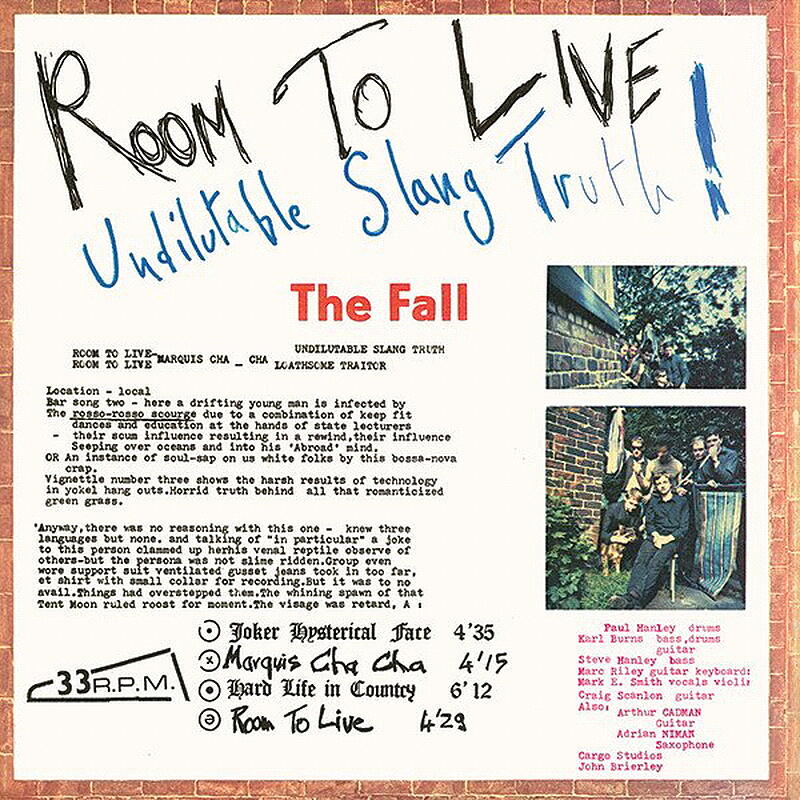 On Room To Live, The Fall take the hurried, all-or-nothing approach of their preceding Kamera Records releases to extreme ends. Forged via Mark E. Smith's continual disassembling of players and focus on previously unrehearsed material, the album collects The Fall's most experimental and improvisational recordings. As proclaimed on the album cover, "Undilutable Slang Truth!" would be revealed throughout Room To Live.

With the album's comparatively lo-fi production and always-teetering performances, the title track comes closest to a stab at pop (by The Fall's standards), built on fantastically bent saloon swaying under one of Smith's by-now characteristic dressing-downs of square life. "Detective Instinct" is an unshakeable creeper, as languid and ominous as the band would get during the Marc Riley years. "Marquis Cha Cha" is a post-punk rhumba, beginning with fury and then easing into something only The Fall could conjure.

Superior Viaduct's edition is the first time that Room To Live has been available on vinyl in the USA since its initial release in 1982. Liner notes by Brian Turner.