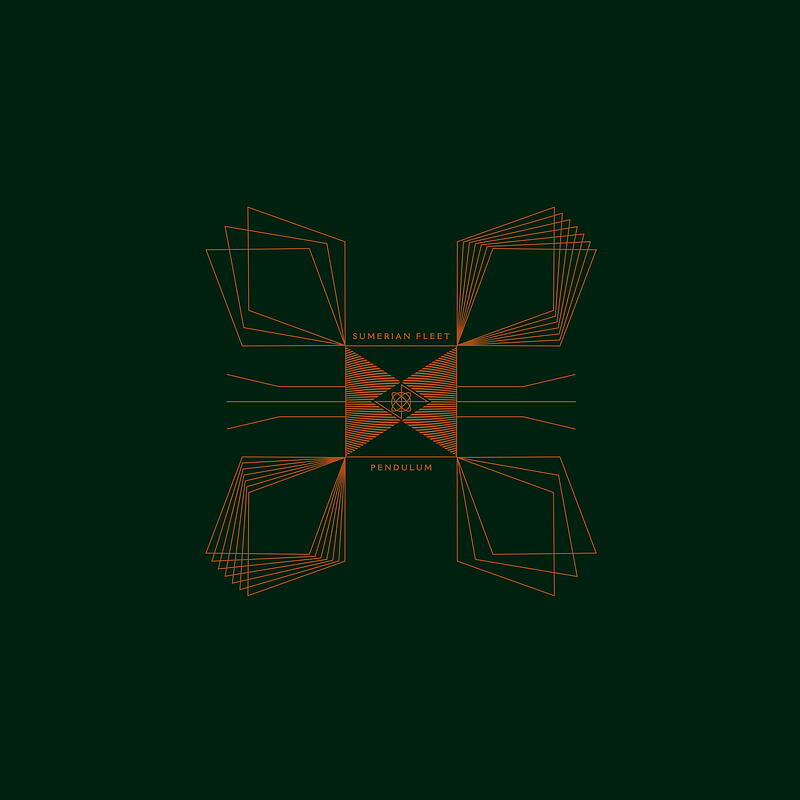 Sumerian Fleet is a trio formed by Dutch producers Alden Tyrell and Mr Pauli, joined by Zarkoff after their 2010 debut EP. Their second EP came out in 2012 followed by their debut album ‘Just Pressure’ on Dark Entries in 2014. Sumerian Fleet have returned to release their sophomore LP ‘Pendulum’ of all new material as well as a remixed version of “This Game Has No Name” from Zarkoff’s other band, FFFC.

‘Pendulum’ contains 80’s Dark Wave/EBM inspired tracks with an industrial tinge. The band cites inspiration from musical acts Fad Gadget, Front 242, Bauhaus and Sisters of Mercy. Literary references come from Poe's ‘The Pit and the Pendulum’, Pelevin's ‘Generation P’ and ‘Life of Bugs’, as well as classic Cyberpunk like Gibson's ‘Sprawl’ trilogy. Sumerian Fleet deliver 8 songs of vintage dark electro with a Gothic tinge and a touch of bass guitar. The album's been put together in a way that the listener can connect the dots, create a narrative, and become immersed in this attitude that the band’s trying to convey, such as Vigny's idea of accepting despair: "A calm despair, without angry convulsions or reproaches directed at heaven, is the essence of wisdom."

All songs were initially recorded at Mr Pauli’s studio in Den Haag, with overdubs and additional recordings at Zarkoff’s Sensorium Studio in Croatia, and then final mix downs at Alden Tyrell's studio in Rotterdam. The album has been mixed by Alden Tyrell and mastered by George Horn at Fantasy Studios in Berkeley. Each LP is packaged in a copper foil stamped jacket designed by Eloise Leigh, with abstract squares in varied rhythmic repetitions to indicate motion, and included a double sided 10”x10” insert with lyrics and notes.