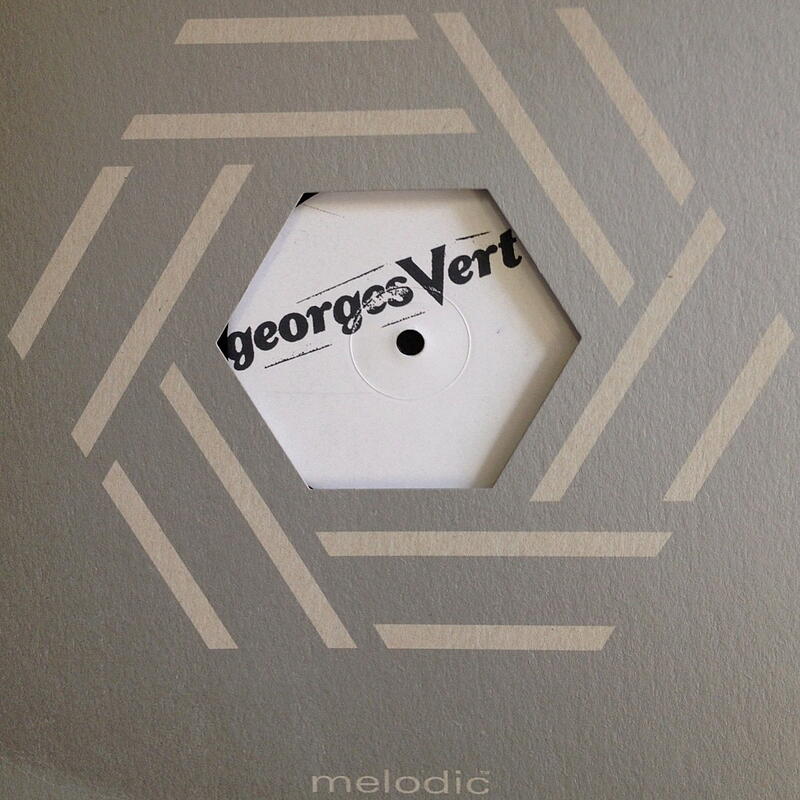 "An Electric Mind" is part of the melodic housebag range, featuring a 12” sleeve with hexagonal holes. Limited to 300 pressing on initial run. All hand stamped with the 'Georges Vert' logo.

Georges Vert remembers precisely the moment as a 20-year-old the unmistakable whirr of a Raymond Scott Electronium synth drifted through the bay windows of his dusty, manuscript-strewn Parisian apartment and, for the first time, into his ears. “I don’t know where it was coming from - a studio down the road maybe who’d left a window open to deal with the thick Banlieue heat, I don’t know. It’s not important,” he says. “What’s important is that nothing was the same after that moment.” The very next day, he quit his job as a classical score transposer, where he’d worked since fleeing the sleepy Normandie town he’d grown up in, Gathemo (“don’t bother Googling it,” he laughs between drags of one of those long cigarettes you thought only existed in François Truffaut films). The day after he landed a job composing synth parts for anyone and everyone. “It was a love affair unlike any I’d had with a woman.” Another cigarette drag then a smile and a wink. “There were women too, though.”

Some years later comes the culmination of a lifetime’s obsession. An inspired, riotous nu-electro record that transports you by the scruff of your neck to disco-era late night loft parties. To the inside of Giorgio Moroder’s head as he hallucinates a Los Angeles police shoot-out. To a future that hasn’t happened yet full of wonder and neon. “It’s music that will make you dance,” says Vert simply. “With bass rhythms that’ll make old ladies’ teeth crack and fall out. Possibly.”

“It all came together quite quickly,” recalls Vert. “All the songs were created in the studio, by me, alone. Then I called up some old friends to bring it to life. Many of the sessions were quite spontaneous.” Influenced by Air, as well as fellow Frenchmen Roger Roger, Nino Nardini and Bernard Fevre (“all fine composers”) and German italo producers like Michael Cretu, the composer describes himself as “old enough to know better but really too young to die.” Which is just as well, because an exciting future beckons following this long overdue solo debut album.

Like the man himself, it’s an unpredictable listen – its volatile side a reflection of a charismatic eccentric who once fought a man he witnessed in the street “smashing fine Wedgwood china cups, just to show how delicate they were”, its sweeter side the mark of composer who enjoys the stillness and calm of beach combing. “I love painting too. I’m a Monday morning painter. I love working with colour and texture. It’s so closely related to sound and frequency.”

These days he spends his time between London, Manchester and that same Paris apartment where it all began, carrying with him wherever he goes a Fender Jazz bass (“an instrument that just makes you want to play it”). Where he goes next, though, when this album lands in clubs and stereos this summer, one can only imagine.