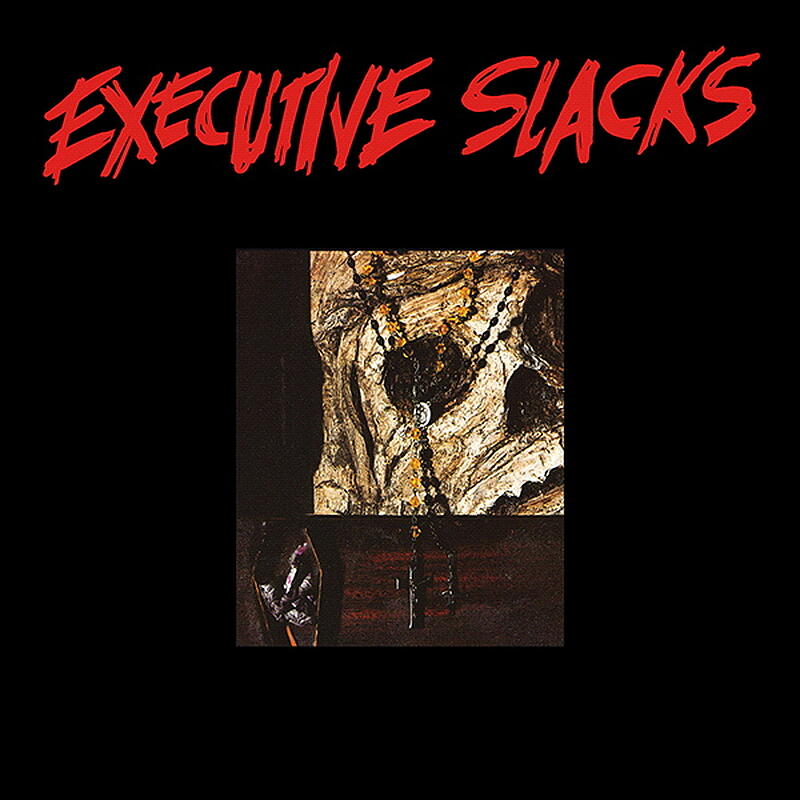 Executive Slacks was spawned in the humidity of post-industrial Philadelphia by three restless art students - Matt Marello, John Young and Albert Ganss. Starting out with performance art in subways, they soon took their angst-ridden act to galleries and night clubs. They recorded four songs in the fall of 1982 that became their self-titled EP released by local independent label Red Records in 1983.

All songs are remastered for vinyl by George Horn at Fantasy Studios in Berkeley. Housed in the original jacket featuring a painting by Albert Ganss. Each copy includes an 8-page booklet on industrial gray and blood red paper with lyrics, photos and press clippings from the band’s archives. As James Murphy of LCD Soundsystem said of “The Bus”, “I always wanted to make a sound like that”.