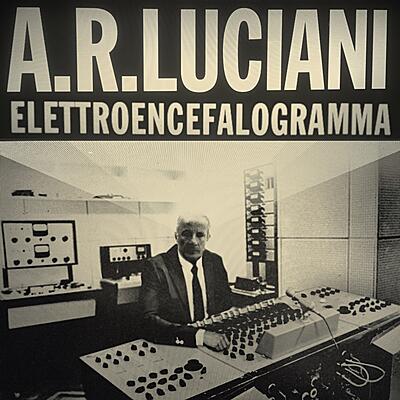 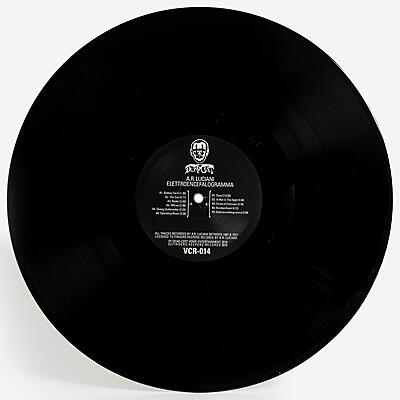 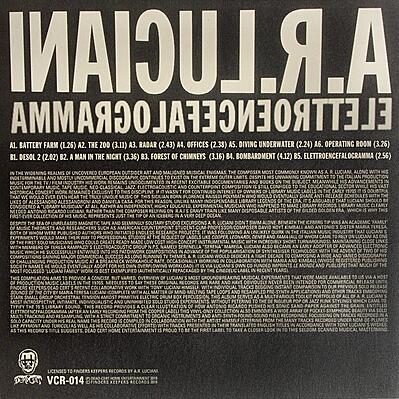 ‘Elettroencefalogramma’ scans the full breadth of electronic composition by Italian musical mastermind Antonino Riccardo Luciani, who’s perhaps best known for his library records, but on the showing here had a strong, prescient line in mind-bending, fathoms-deep experimental and academic work with tape and early, pre-synth devices.

Awarded unprecedented access to polymath composer “Tony” Luciani’s archive of inter- disciplinary work, Finders Keepers’ Andy Votel follows his pressing of Maria Teresa Luciani’s ‘Sounds of The City’ with a first compilation survey of her sibling’s vast catalogue, newly issued via the Dead-Cert label he curates alongside Sean Canty and Doug Shipton. The set falls deep within the label’s remit of reissued and previously unreleased work by overlooked and undocumented pioneers of 20th century sound, revealing a distinctive mix of material that nods to contemporary, tape music, neo-classical, jazz, electro-acoustic and counterpoint composition.

Drawn from original tapes recorded during the 1970s, ‘Elettroencefalogramma’ spans the heyday of Luciani’s work, before synth music was popularised. In this sense it’s worth noting Luciani’s links with Teresa Rampazzi and the pioneering electroacoustic group NPS - and namely Serenella “Serena” Marega - with whom he shares a strong affiliation toward embracing the possibilities of new music at the dawn of an unprecedented sonic epoch.

There’s a sense of being in transition between worlds and eras in the opening blend of melancholy strings and bubbling electronic rhythm ‘Battery Farm’, and likewise the cranky mixture of bestial growls and dissonance in ‘The Zoo’, while the rattly rhythm of ‘Offices’ uncannily recalls Trunk’s recent issue of ‘Mechanical Keyboard Sounds’ from the modern day. But Luciani excels at quieter, introspective styles, as with the flute-led vision of ‘Desol 2’, and most remarkably in the stygian, primitive drum machine pulse and clammy string droens of ‘Forest of Chimneys’, which is surely crying out for imagery of Satanic mills, while the rupturing tape of ‘Bombardment’ sets him firmly in a lane of advanced Italian noise that connects him to Gruppo’s Roland Kayn and Maurizio Bianchi.