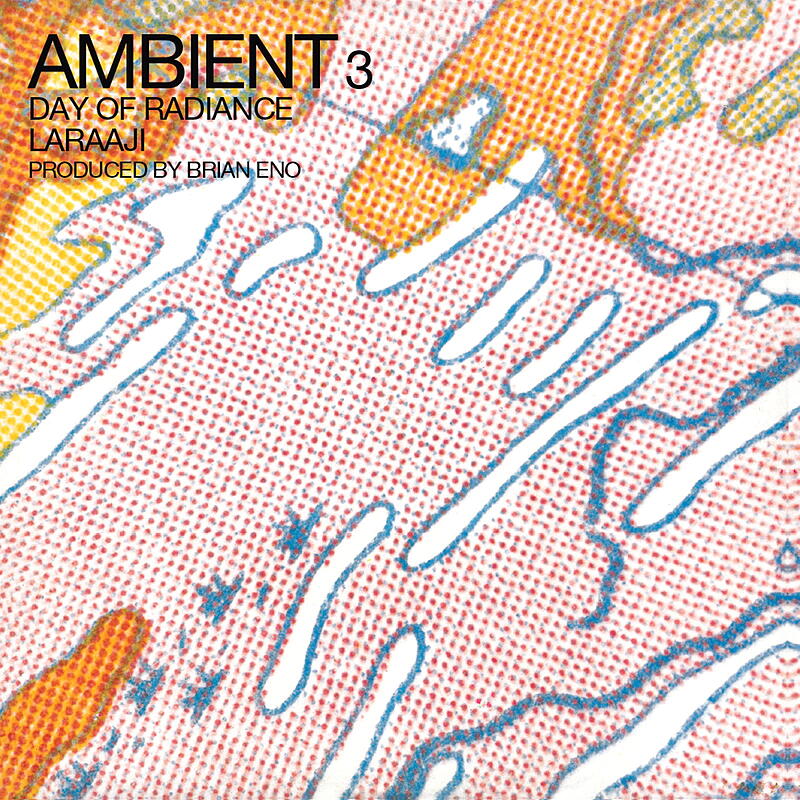 Nr. 3 from the most famous ambient series, now reissued.

Laraaji’s glistening album “Ambient 3: Day of Radiance” has from the beginning been considered an outlier. Though widely celebrated at the time of its release in 1980 -- as the third installment of Brian Eno’s emerging ambient music series (Ambient 1-4) -- the album also brought with it an aura of mystification. Where did it fit in? An uncharted synthesis of resonating zither textures, interlocking, hammered rhythms and 3-D sound treatments (courtesy of Eno) “Day of Radiance” seemed to push open many doors at once, ambient music being only one of them.

Laraaji music was always increasingly influenced by both his studies of Eastern spiritualism and the presence of Eastern musical motifs in the Jazz and rock music of the time. When he entered a pawnshop in the early 70’s, hoping to hock his guitar, he instead listened to an “inner guidance” and traded it for an autoharp, an instrument that he later adapted into a zither (by removing the chord bars) and electrified by using the speaker on a portable reel-to-reel tape recorder. This spontaneous decision brought on a fortuitous shift in Laraaji’s musical direction and led to his chance encounter with Eno several years later.

The appearance of “Day of Radiance” as part of Eno’s landmark ambient series massively elevated Laraaji’s musical profile. In the years following, while he maintained contact (both personal and musical) with Brian Eno, he delved deeper into projects that fused the ethereal qualities of his music with spiritual studies and teachings.

Laraaji has experienced a resurgence in recent years, following a renewed interest in outsider new-age music (he appears on last year's “I Am The Center” compilation on Light In The Attic) and a career spanning compilation (“Celestial Music 1978 – 2011”) and reissue project dedicated to his work by Eno’s All Saints label. Laraaji also continues to interface with other of musicians who have found inspiration in his work: Bill Laswell, S