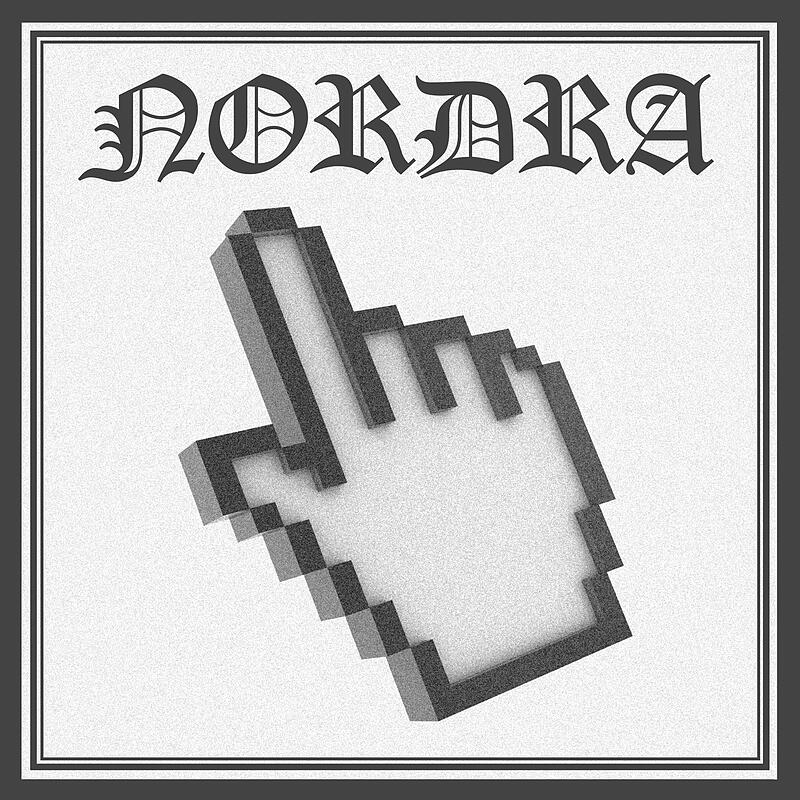 Pinprick guitar lines, swaths of ethereal brass, sub-bass thuds, the clatter of distorted percussion, fever dream lullaby melodies—it can be difficult to discern what sounds we’re hearing over the course of Nordra’s eponymous debut given the strange and unorthodox context of their combination. And while many tech savvy artists have managed to build strange symphonies and texturally curious electronic exercises within the lonely confines of user-friendly software, those in-the-box tactics don’t line up with the mission statement of Monika Khot, the mastermind behind Nordra. “The record has a lot to do with the loss of information from analog to digital conversion, which is then in turn paired with static and dynamic thought discrepancies,” Khot says. “I tried to make as many smoothed-over arcs of sound as I could all alongside very sequenced, quantized beats—making a path from point to point sonically.”

If that philosophy seems a bit semantically difficult to untangle, Khot’s conceptual approach becomes abundantly clear in the live performances, where deftly crafted on-the-fly MPC beats serve as the static foundation to her dynamic compositions constructed out of guitar, pocket trumpet, analog synth, handmade electronics, and vocals. The harsh and rigid beats that open the album on “Apologize To Me, Humanity” demonstrate the first part of the equation; the layered horn drones, aluminum-neck guitar riffs, and beautifully crooked closing melody encapsulate the latter half. Across the album’s four hallucinatory tracks, it becomes abundantly clear that Khot is a musical mastermind, able to navigate multiple stylistic and tonal shifts while nimbly switching between wildly divergent instruments over the course of a single song, all while maintaining a singular and cohesive vision.

Given the sonic diversity demonstrated on Nordra, it’s not surprising to discover that Khot’s musical expertise expands beyond the bounds of her solo project. Raised on classical guitar, Khot went electric to experiment with strange hybrids of improvisation, ambient music, and psychedelia in the Seattle-based trio Zen Mother. She also recently received a grant to re-score Alejandro Jodorowsky’s Holy Mountain, a soundtrack originally composed by Don Cherry, perhaps the most famous person to employ the unorthodox pocket trumpet that saturates so much of Nordra’s open spaces. Fueled by Khot’s classical upbringing and current embrace of new horizons, Nordra’s power lies in the alternately beguiling and mystifying intersection of traditional musicianship and pioneering experimentation.