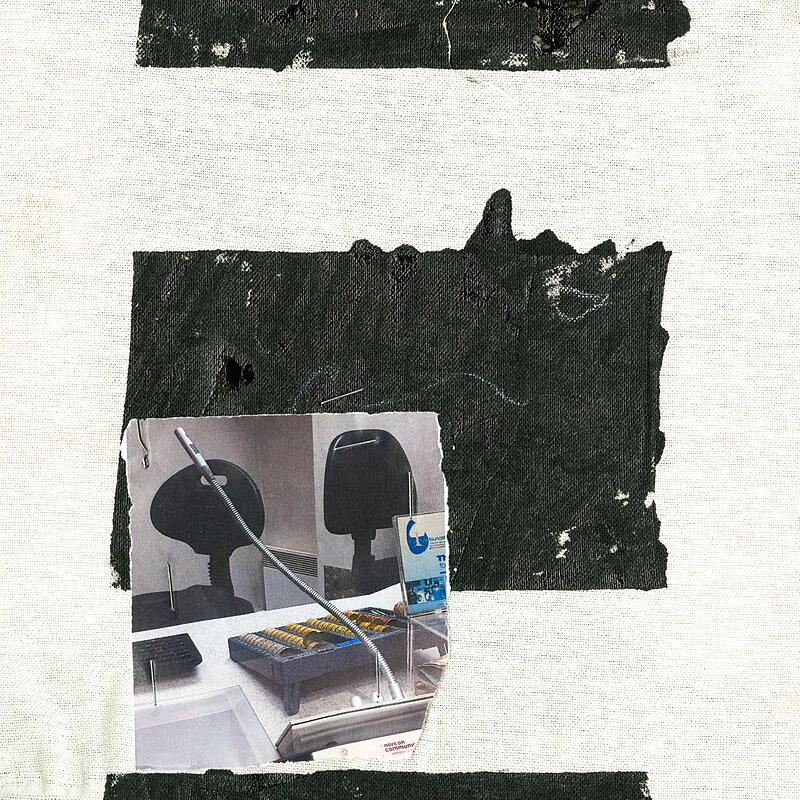 Collapsing Market co-founder Eszaid sums up the mood of a Europe on the brink with ‘Eurosouvenir’, a raw and gloomy debut album inspired by the metaphoric symbolism of 0€ banknotes found at tourist hotspots across the continent. Highly recommended if yr into Ron Morelli, Pan Sonic, Rainforest Spiritual Enslavement...

Leading on from Collapsing Market’s celebrated release of Persian Classical music by Morteza Hannaneh in 2017, ‘Eurosouvenir’ further examines Eszaid’s fascination with the connections between finance, human emotion, music and art, as previously explored in the impending atmospheres and blunted rhythms of his two previous 12”s, ‘€€€’ and ‘Geometry of Disorder’.

The nine track essay offers Louis Vial a.k.a. Eszaid’s most concentrated yet spectral designs, using samples, machines and field recordings to limn a the outlines of overbearing machinery and the feeling of impending dread. But thanks to a fine, suggestive sense of minimalist ambiguity and ghostly inference, the session isn’t necessarily pessimistic, allowing for the notion that the darkest hour always comes before dawn, and that beauty may still spring in the space between “..an idealised ancient and creative Dionysian Europe and the current one, where free market and low-cost tourism values stand.”

Working in aesthetic space somewhere between Eszaid’s fellow Paris resident, Ron Morelli, Tuning Circuits’ “power electronics” style, and the most stripped down S. English gear, the results range from pulsating steamroller rhythms such as ‘XEU.4217’, to isolated, empty stomach tones in ‘Derivation Lente’ and the subbass rumble of ‘Notre Mer’ on the first side, before opening out stealthily in the B-side to more nervously pent feelings between the harmonic shimmer of ‘Souvenir 1’, the plangent, syncopated drums of ‘Alicante’, and the tip-toe ready stepper ‘GRD.4217’.