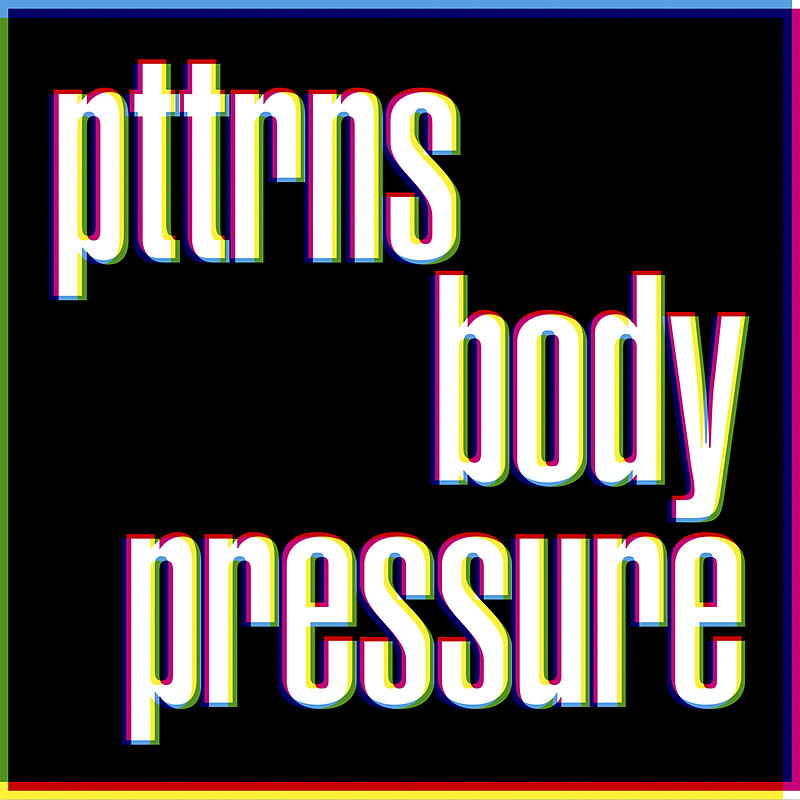 Benjamin Riedl, Daniel Mertens, Hendrik Frese and Patrick Hohlweck are Pttrns. After their 2010 debut album Science Piñata (Europe/North America: Altin Village & Mine, Asia: Moorworks), followed by numerous headline shows, 2013 sees them return with Body Pressure, a spectacular development in the band’s catalogue. After a full European tour with Australian My Disco (Temporary Residence) in late 2011 and an intensive writing phase, the band selectively played out the new material to overwhelming responses. In 2010, the former three piece announced that »Everyone plays everything«, which marked an open conception of the concert situation, inviting the audience to participatein the performance, and which eventually formally manifested in the inclusion of (former audience - and now) fourth band member, percussionist, drummer and dancer Hendrik Frese. On Body Pressure, the band’s conceptual focus is taken further with its new emphasis on the sonic potential of analog and digital sound synthesis and a heretofore unknown attention to lyrics and vocals, while maintaining the rhythmic urgency of the previous material, most recently the critically acclaimed 12“-series Love Quest. Lyrically their most political record to date, Body Pressure – a nod to Bruce Nauman’s landmark performance piece – investigates the relationship between intimacy, sexual liberation and their representations. Already established as one of the best live bands around, the new record sees them much more concertedly take the »dance party frenzy as it could only happen at a Pttrns gig« (Berlin Craze) and physicality of the live-setting to tape – in producer Jan-Philipp Janzen (of Von Spar, The Field), they found a perfect match. Taking cues from House, R’n’B, Disco and even Hip-Hop, Body Pressure realizes Pttrns’ vision of a contemporary Pop music that explores the possibilities of song and its delivery, sounding like they never have before. A number of release parties as well as extensive tours are in the works to accompany the release of Body Pressure, taking Pttrns across the globe in support of their no doubt most important work to date.