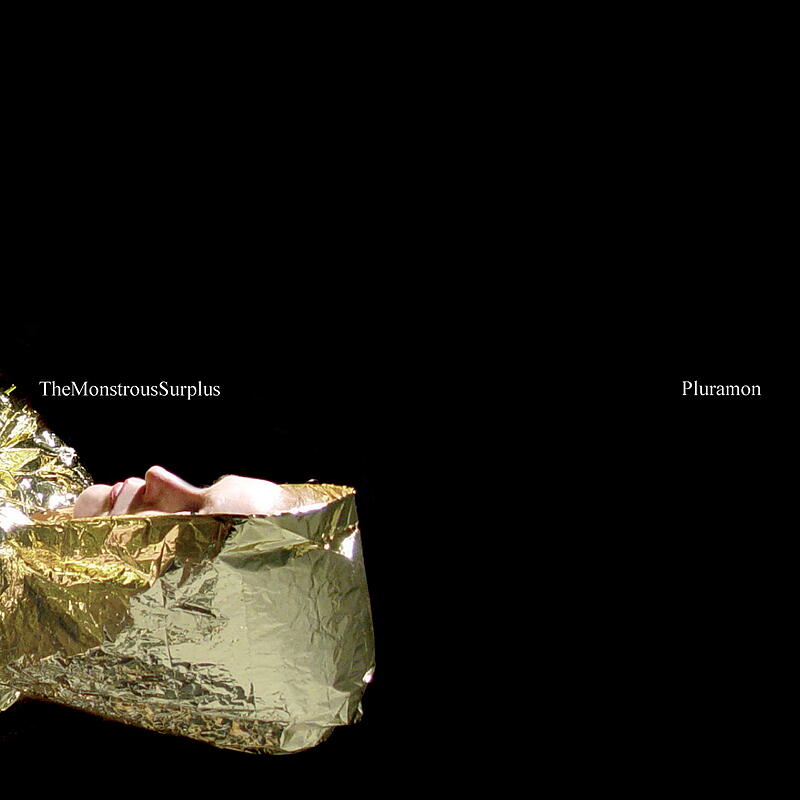 “We just had played a club gig in New York. I was taking a walk on Battery Park and it was raining. My head was spinning and i looked around at my friends and their faces. I said: I want to make a simple record telling stories: The MONSTROUS SURPLUS”. This is how Marcus Schmickler, the musical brains and frontman of Pluramon remembers the moment Pluramon’s fourth album was born. What emerged from this moment was an album with three different vocalists and as many narrative voices. The songs do not simply present a singer or songwriter self: they push the envelope of what it means to tell a story. Completely contemporary, yet unabashedly diving into moods, the album succeeds in capturing the fragmented, yet sophisticated soul of urban life: “Can't Disappear” is a story about a secret threesome relationship: “for two it is magic for three it is war...”. “Fresh Aufhebung” is a spoken pamphlet for a breaking up towards uncompromised immediacy and subjectivity. “If Time was on my Side”, a melancholic story about bad timings with love. Listeners of the previous albums will recognize a style that remains dreamy and atmospheric and popsongs that are sometimes laid-back yet melancholic, even enigmatic, at other times dramatic and intense. Though, you dont have to listen to the songs on a rainy day to recognize: It is by far their most profund record todate. “It was cool to be so personal. Yet, because we are all so different, what you hear is a conversation, not just a monologue”, says Marcus Schmickler. Their new, 4th album features appearances of very different vocalists: Julia Hummer is a prominent young German actress, who tours with her own band "Too Many Boys" since the release of her debut in 2005. Julee Cruise, who was already featured on the last album. Third guest vocalist is New York based German artist and writer Jutta Koether. She is also known as co-founder of leading German popmagazine “SPEX”. Fourth Vocalist is Marcus himself on one song as well as backround on other songs. Also responsible for the production, Marcus Schmickler is well known in a lot of different contexts related to electronic music, let it be beat oriented, improvised music or classical music. He has just recently produced for Bands like Norwegian JAGA JAZZIST or Swedish Band TAPE and composed for choir and orchestra. His voice can also briefly be heared on one track on the recent Matmos album „The rose has teeth...“ Last but not least Pluramon made the Soundtrack to the German Movie "The Big Sellout". Some lyrics excerpts: Fresh Aufhebung (Text Jutta Koether/ Music Schmickler) we are prisoners of an elusive power but one which does exist. the power which hides its sources so well reveals itself continually through its effects towards a fresh Aufhebung- what is it? a search for an unconditional art as in unconditional love as in te unconditional urgency of a NOW unconditional art with an access inherent, disturbing its self-identity and -economy. the extimate kernel, the monstrous Surplus. but then, what she really wants is to keep open for the evolutionary subjetivity fresh Aufhebung, subilation raising abolition, a NON, a breaking up, a pickup. neutralize, keep, preserve, cancel, lift. oh watch me now. ambition is reductive. fresh Aufhebung, forever upsetting you, for a moment. feeling crashes, derangement, not in colour, deep in a glasshole, black sunshines. force of form, my living painting i«m terrible, i«m lost sexed up sexed down, desire is war...... Can‘t Disappear (Text Felix Ensslin, Music Schmickler) your secret writing needs a flame yet burning, it reads all the same the course of law each time we meet i can no longer feel the time and i realize that i can’t disappoint anymore it’s once your weapon twice my tool how do i know who we try to fool i want this game to never end but this question is still on my mind just for you, did we know how much there is for us to loose? But how could we have not seen All the writing on the wall Didn’t read (it), heard no call The moment is leaving, leaving, leaving, now For two it is magic and three could be war We’ve seen what the dark brings: It«s Law. For two it is magic for three it is war....... Related Discography: CD “Dreams Top Rock” (Karaoke Kalk, 2003) CD “Bit Sand Riders” (Mille Plateaux 2000) 12” “Reservoir EP” (Mille Plateaux 2000) CD “Render Bandits” (Mille Plateaux 1998) CD “Pick Up Canyon” (Mille Plateaux 1996) Related Links: www.pluramon.com www.myspace.com/pluramon www.julee-cruise.net www.piethopraxis.com www.karaokekalk.de