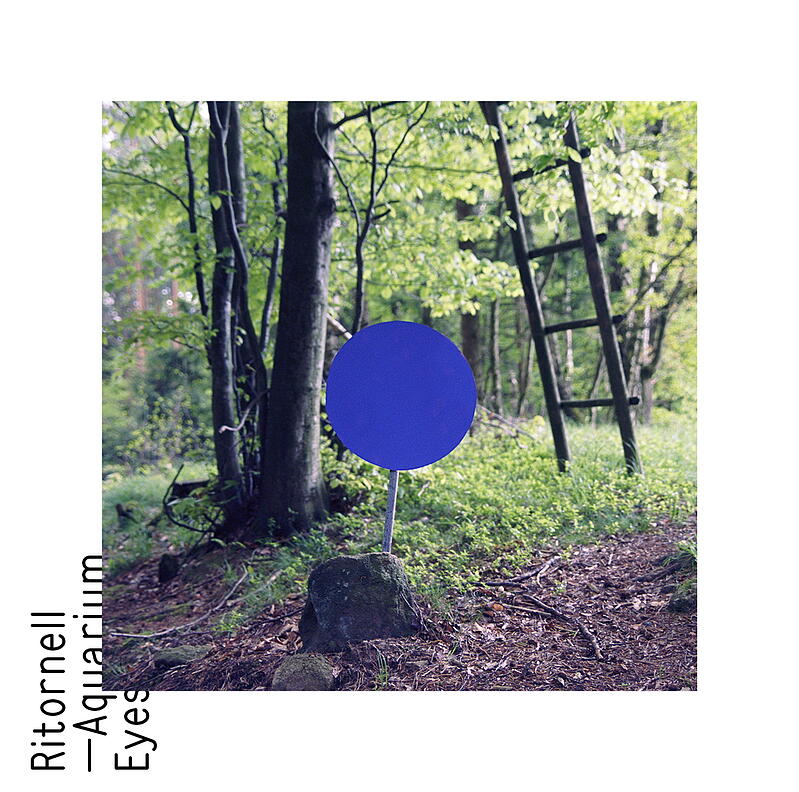 Limited Vinyl Version on Blue-Transparent Wax! "Aquarium Eyes" is the second album by the Austrian duo, Ritornell. Their debut, "Golden Solitude", was released in 2009 on Karaoke Kalk. Acoustic and electronic sounds merge on"Aquarium Eyes". Paying great attention to detail, Ritornell recorded at various locations (the studio of Patrick Pulsinger being one of them). The results are gently woven into their very own world of sound. Defamiliarized by subtle electronic manipulation, instruments such as piano, double bass, vibraphone, kalimba, and accordion develop a surprising life of their own, only to be consequently swallowed up by the hissing and buzzing of electronic devices. Gleaming multi-layered electro-acoustic drones, isolated organic sounds, and sophisticated textures complete the intricate arrangements. On "Aquarium Eyes", Ritornell tackle the art of songwriting for the first time: Vienna based vocalist Mimu sings, whispers, and sighs golden threads through some of the fragile sound structures that Gerold and Eigner assembled with intuition. The duo also collaborated with vocal artist Didi Bruckmayer on the track "Tremble". "Music Box" is a conceptual piece: Under the direction of Richard Eigner, 20 people simultaneously turn the levers of their music boxes: Melodies of musical history blend into a sparkling confusion of sound. With their interpretation of "In Every Dream Home A Heartache", Ritornell finally present their very own version of a Roxy Music song, albeit with a twist: the guitars from the original have been replaced by a string trio. During live performances, Richard Eigner and Roman Gerold present their music together with Mimu and Gerhard Daurer, occasionally supported by Bernd Klug on double bass and Meaghan Burke on cello. Since the release of their debut album "Golden Solitude", Richard Eigner and Roman Gerold have gained considerable attention through a number of collaborations with musicians, film makers, and writers: They released the single "The Light" with Andreya Triana and the track "Three" with Sam Irl was selected by Kutmah to be featured on the compilation "Worldwide Family Vol. 2" (Brownswood). Richard Eigner played drums with Flying Lotus (Cosmogramma), Patrick Wolf (Magic Position), and Dimlite (Grimm Reality). Additionally, he provided remixes for Douglas Greed (Freude am Tanzen), Clara Moto (Infiné), and Abby Lee Tee. In 2012, Ritornell, together with Mimu, Gerhard Daurer, and Jona Hoier, developed an audiovisual interpretation of Elfriede Jelinek´s play "Macht Nichts - Eine kleine Triologie des Todes". The DVD, with a duration of two hours, was commissioned by Departure and is Ritornell´s first production in Dolby 5.1 Surround Sound. Invited by the festival Hörgerede, Ritornell worked with the Austrian writer Bodo Hell. The resulting text.ton.stück was performed in Graz in the autumn of 2012. Ritornell´s long term collaboration with the noted experimental film maker Robert Seidel culminated in the joint endeavour "Erratic", which premiered at the Vienna Independent Shorts Festival. The graphic designer Katharina Hölzl realised the project "Ritornell for Musicbox": perforated business cards in the form of long music box paper strips, which generate an individual tune when fed into the instrument. Since 2012, Ritornell has been responsible for the sound design of the new version of Rainer Kohlberger´s iPhone app "Rain".