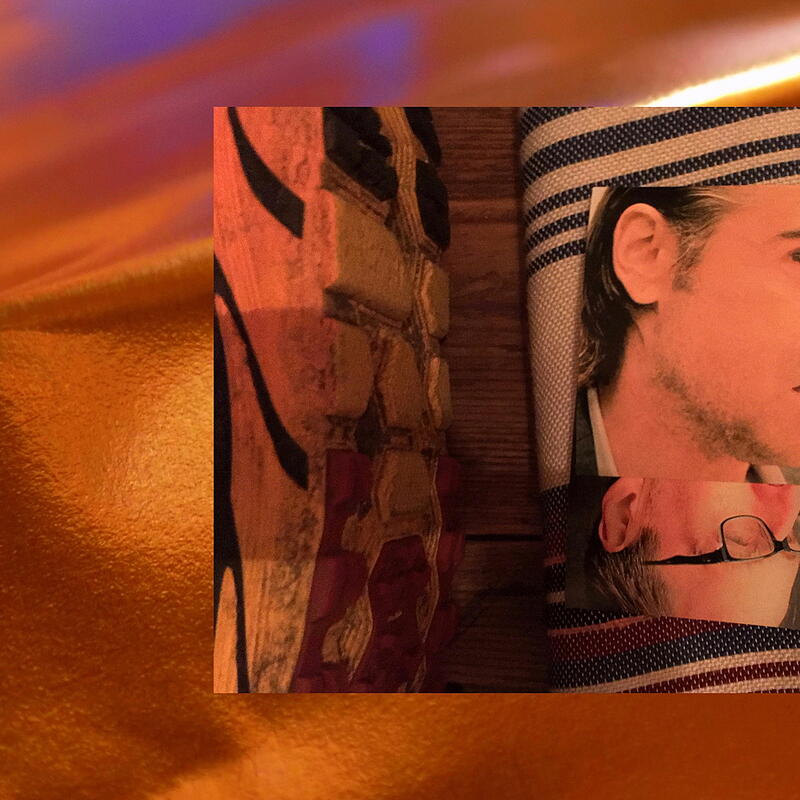 Shits are not given by Laurie Tompkins and Oliver Coates on Ample Profanity; a let-it-all-out session of deviant, punkish avant-classical composition hallucinated and expectorated by two prodigious talents. An ideally off-centre and brazenly wigged-out follow-up to aces from Chaines, Yeah You and Ashley Paul already released in 2018 by Slip - the label Laurie runs with friends between London and Newcastle.

Laurie supposes and composes on keys, tapes and samples, and Oliver does his part on cello and FX. They both sing, if your definition stretches that far. What we can agree on, though, is that Ample Profanity is a steaming pile of madness quite unlike anything else in circulation right now.

Still feral from his cultishly acclaimed Heat, War, Sweat, Law album, Laurie is matched by a usually more collected Coates, who, while often hardly distinguishable from the maelstrom, certainly doesn’t impede the lunacy, and seems to encourage it, grasping the opportunity to freak out properly adjunct to his solo work and collabs with Mica Levi.

Kicking off with Sniffin’ Samgh, a possessed study in primal vocals and lurching, yelpy strings, the session turns variously thru quieter, asymmetric ideas in Peejayargh to cough up its spicy noise guts in RP Beal, before they settle into a call-and-response of quizzical sighs and plucks on Lime Rugis, and set about hacking up a wickedly dissonant tussle between no wave guitars, intercepted phone calls and edge-of-sanity blasts into the void with Charterhouse, Vinci.

It’s maybe not what you might expect from a former winner of the Royal Philharmonic Society’s Young Artist Award 2011, and a graduate of the RNCM, or maybe it is. Either way, Ample Profanity is beautiful, funny and f*cked up in equally satisfying measures.