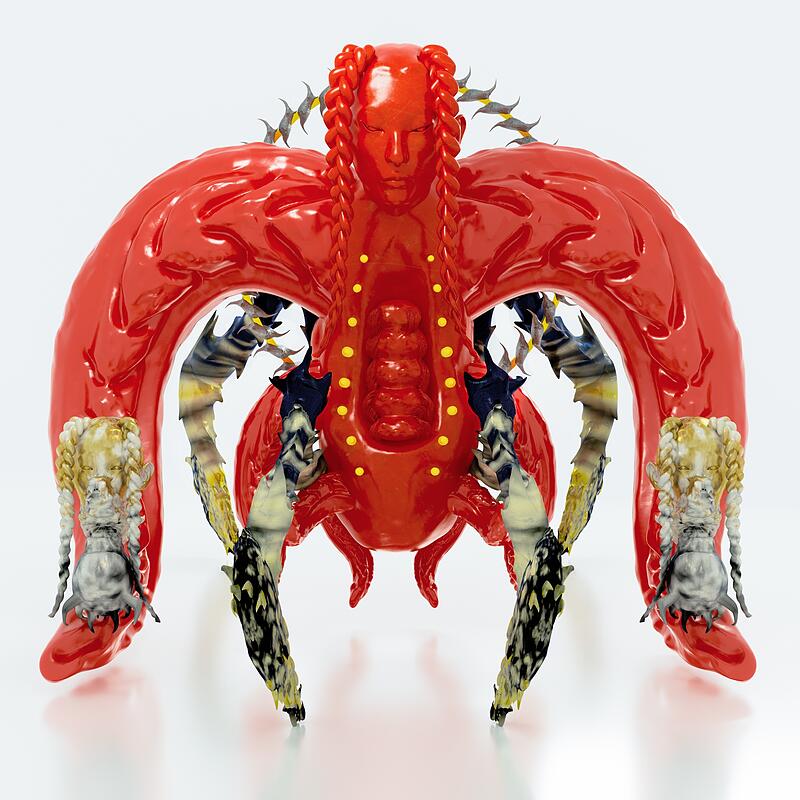 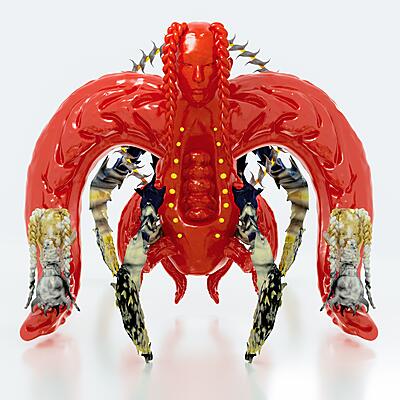 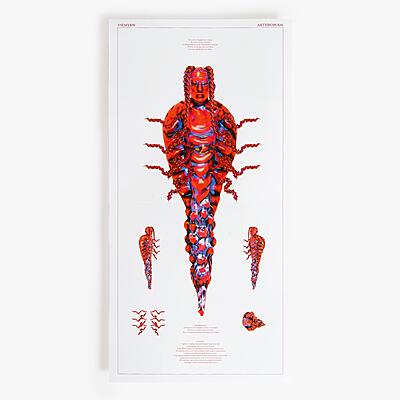 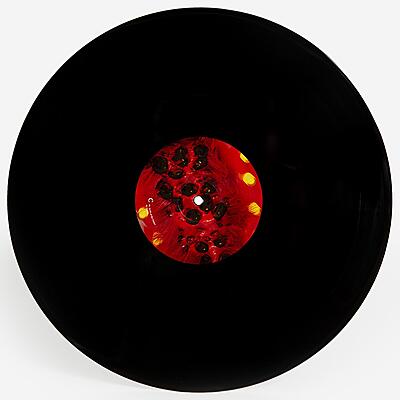 Originally Issued on digital formats late last year to coincide with its live premiere at Poland’s Unsound festival, ‘Arthropods’ is now available on a limited vinyl pressing for the first time and manifests as the alien spirit twin of the soul-seeking creatures 33EMYBW brought to (semi)life in the ‘Golem’ album. Her animist powers appear strengthened here, generating unique constructions that synthesise aspects of footwork, deco-club music and trilling trap with crystalline melodies and a virulent, gremlin-in-the-machine sort of madness.

This stuff is pretty much exactly what we reckon a lot of folk imagined music to sound like in the year historically imagined by Blade Runner. From the lush pads and flyaway chorales of ’Symmetry’ the album delivers a futurist rush of probing electronic tones and posthuman, bone-bending rhythms between the rail-gunning attack of ‘Tentacle Centre’ and the tri-step trills of ‘Induce’, packing thrilling runs into dembow DNA mutation with ‘Adam Bank’ and a sort of militant sino- soca-footwork style in ‘Arthropods Continent’, while ‘Drum3’ sounds like it evolved from a patch left on a synth in the Radiophonic Workshop.

For the remixes, Ikonika evens out ‘Arthropods Continent’ into a sort of bucking ballroom workout, and Lechuga Zafiro reins in ‘Adam Bank’ with a fidgety parry, but Uganda’s Don Zilla keeps it out there with a cyclonic twyst on ‘Drum3.’