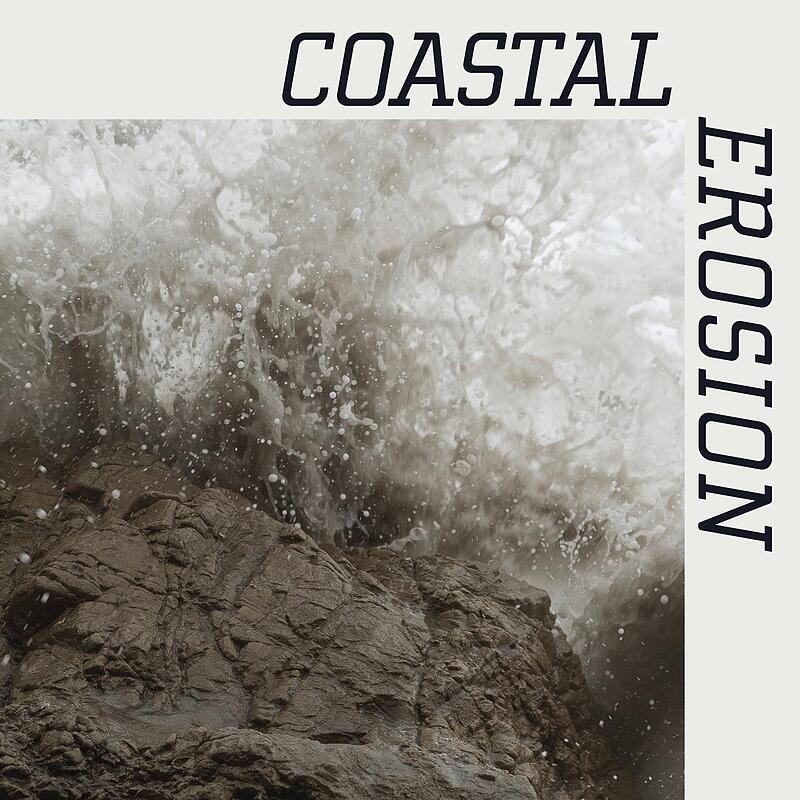 On their riveting debut collaboration, Merzbow (Masami Akita) and Vanity Productions (Christian Stadsgaard) transmute worries about ecological disaster into a torrent of spirit-gnawing, experimental noise that surpasses the sum of its parts.

Both hailing from places with a lot of coastline vulnerable to sea level rises, Masami Akita from Japan, and Stadsgaard in Denmark, ‘Coastal Erosion’ sees them grasp the nettle of impending doom with typically gauntleted grip and an unswerving intensity that speaks to clear and present concerns. While perhaps not the most obvious bedfellows for collaboration, the artists patently share an emphatic empathy for the situation that resonates through their music, where human forces of emotion intersect elemental chaos in a pair of poetically tempestuous, even harrowing works.

Merzbow’s visceral, primal roar sustains a perpetual force of attrition that constantly threatens to overwhelm VP’s widescreen, panoramic pads on both of the LP’s monolithic tracts. But it’s due to their democracy of vision that they speak as one, rather than over each other. In the A-side’s 18 minutes of ‘Erosion Japan’ they connote the frothing might of the Pacific tide encroaching and destroying towering walls of steel and glass with an arrestingly Ballardian quality to their instrumental description of violence and anguish. The B-side’s 17 minute ‘Erosion of Denmark’ follows with a more pensive arrangement of low-lying, unyielding drone frequencies smeared to stereo extremes and overlapped with spirit-penetrating shards of distortion, limning the prospective submergence of the Danish peninsula and its archipelagoes with a Thunbergian seriousness and intractable logic.

Taken as a profound warning or as an elegy for anthropocene extinction, ‘Coastal Erosion’ is a frighteningly powerful statement that leaves its message like the murky stain of flood waters inside the mind.