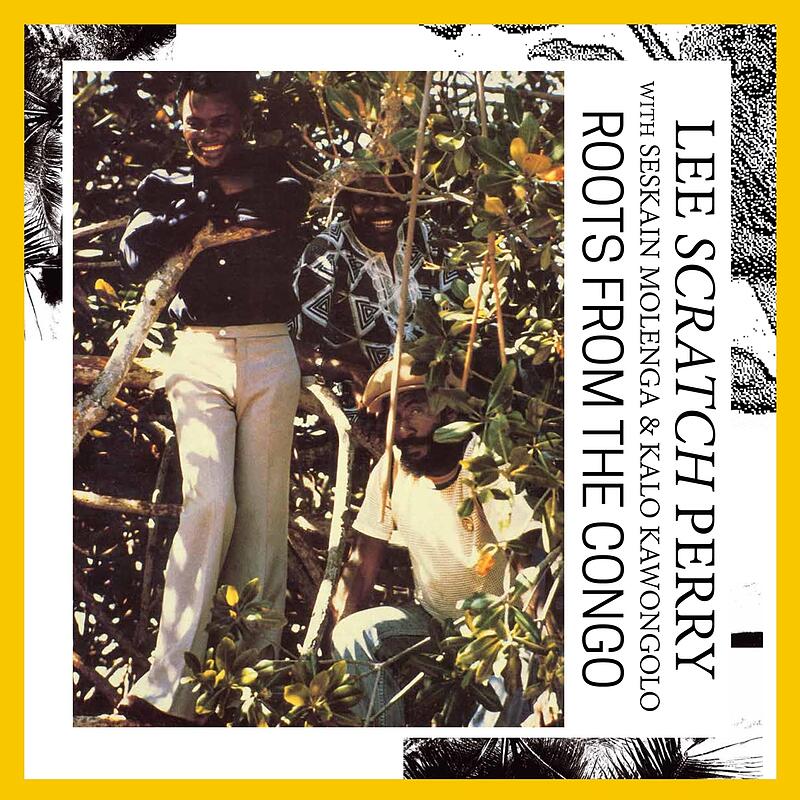 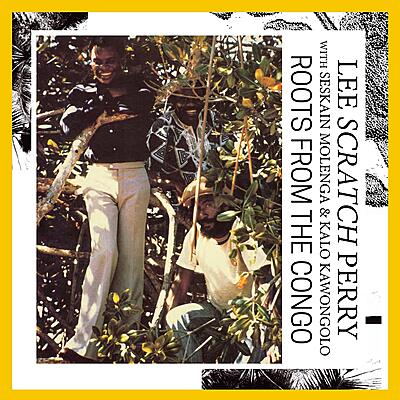 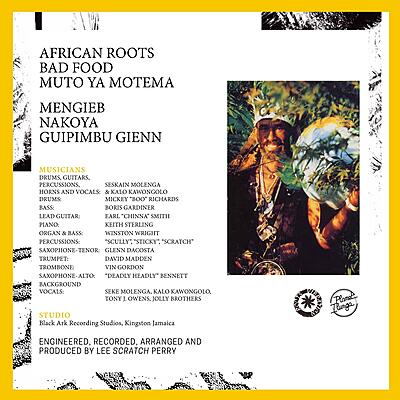 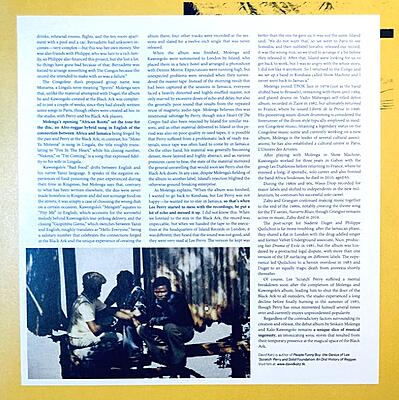 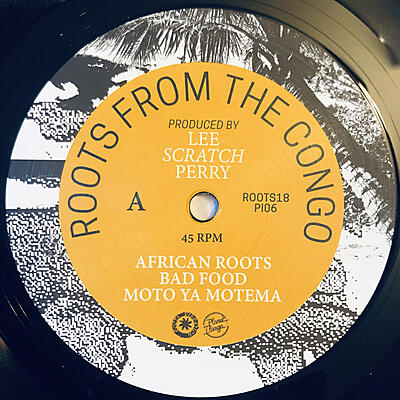 Congo meets Jamaica on this exceptional reggae album from the late seventies. Made in collaboration with Lee 'Scratch' Perry and Seskain Molenga and with liner notes by David Katz.

The Belgian labels Planet Ilunga, specializing in researching, documenting and releasing Congolese music from the fifties to seventies, and Roots Vibration, devoted to reissue classic roots singles and albums, join forces for the first time. Together making one of the most enigmatic reggae albums available again. Recorded and produced in the late seventies at Lee Perry's Black Ark studio in Kingston, Jamaica.

The album which Congolese artists Seskain Molenga and Kalo Kawongolo recorded together with Lee ‘Scratch’ Perry is one of the most mysterious projects to surface from the Black Ark Studio during the late 1970s. It's also one of the most misrepresented of Perry’s productions, with myriad explanations for its existence falling far short of what actually happened.

The intention of the original band, formed in France by the producer Bernadette Duget and composed of a mixture of Congolese, Senegalese and French musicians, was to head to Jamaica to record a rock album with African undercurrents in Lee Perry's Black Ark studio. However, in Jamaica things didn't go according to plan and the project turned out to be a failure. The Congolese duo Seskain Molenga and Kalo Kawongolo continued working with Lee 'Scratch' Perry and this collaboration would eventually bear an unexpected reggae fruit. These recordings were originally released on LP in 1979 and re-released in 1991, yet the vinyl album remains highly sought-after .

Now finally re-issued with extensive liner notes by the American journalist, author and reggae aficionado David Katz sheds more concerted light on the complex tale that lies behind the work. Most notably thanks to the emergence of new eyewitness accounts such as Seskain Molenga, Wasis Diop and Lee Perry.

The debut album by Seskain Molenga and Kalo Kawongolo remains a unique slice of musical ingenuity, an intoxicating sonic storm that resulted from their temporary presence at the magical space of the Black Ark. Tribal grooves coagulate in a thick swirl beneath trademark Black Ark bass lines. The two cultures connect in electrifying ways, while the reggae beat thrives in a more ancient setting. The songs are sung with gusto in Lingala and there’s an exuberant spirit to proceedings. This record is a document to what happens when fate intervenes and fetches victory from the clutches of defeat. There is blood and there is fire.