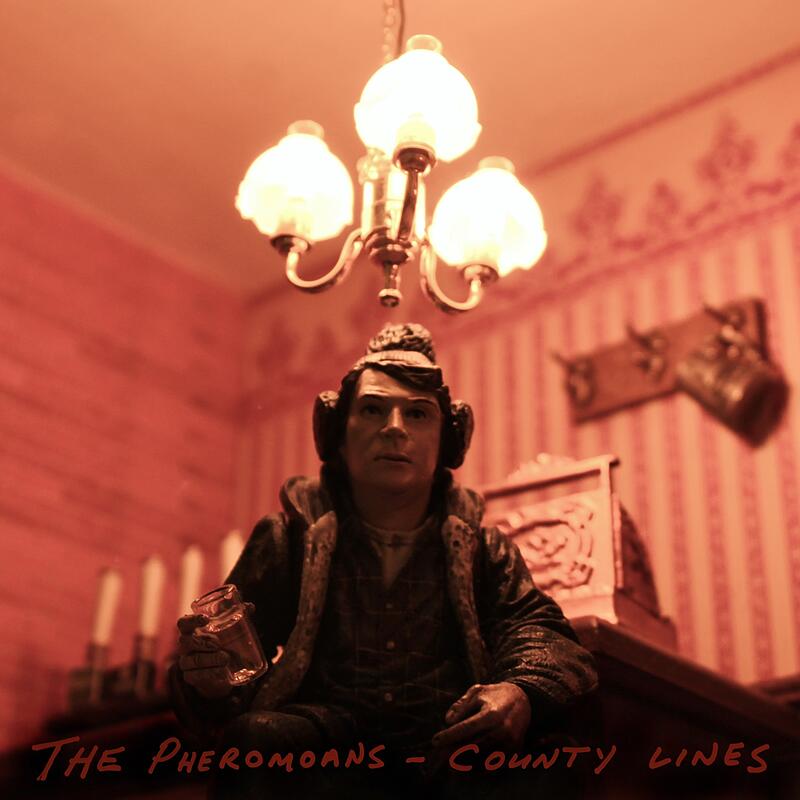 For the last twelve years The Pheromoans have occupied their own peculiar niche in the UK's DIY music scene. Initially known for primitive garage-esque repetition on their early releases, two LPs for Upset! The Rhythm saw the group develop a more pastoral sound before being mutated by electronics on 2016's 'I'm On Nights'. 'County Lines' is their fifth full-length and takes in each aspect of their past sonically, providing a wry tonic for today’s heady exhaustion.

More of life's banalities and stale daydreams are given a good airing in Russel Walker's lyrics. Delivered with the usual droll lethargy, he's a septic entertainer par excellence who teases out just enough of the very real horror of the UK's current predicament to keep his aggrievements charming. At times—see Troll Attack—it's a crushing lament. 'County Lines' weaves Walker in and out of meandering guitars and crude drum machines that waltz and tumble with live drums. Brittle synths light the way to the album's aggravated sections, which ever so gently hark back to the group's earliest recordings. The penultimate piece, Ultra Skies, offers the clearest trace of The Pheromoans' past. The frenzy edges us into a reverberating trance, pulling a sucker punch like an inconclusive nightmare.