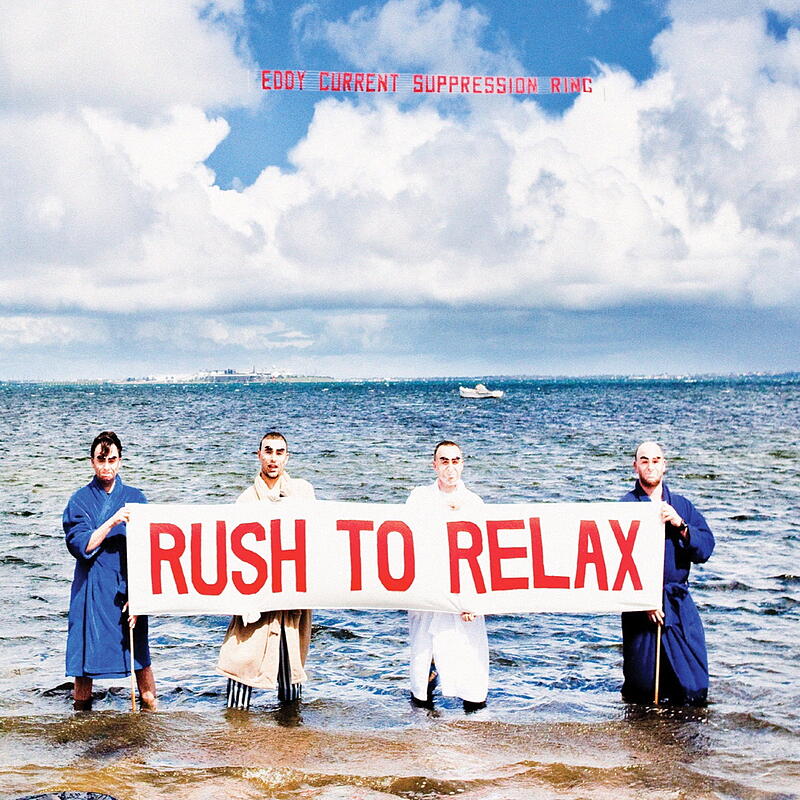 When Eddy Current Suppression Ring formed in Melbourne, Australia, in 2003, bandmates Eddy Current, Rob Solid, Danny Current, and Brendan Suppression thought they would play a few shows and perhaps record a 7-inch or two. One of their first gigs, in fact, was an employee Christmas party at the record pressing plant where they worked.

Six years later, the band has racked up accolades from the likes of SPIN Magazine, London's Guardian newspaper, and the Australian Independent Record Labels Association. In March of 2009, they were awarded the $30,000 Australian Music Prize for their second album, Primary Colours.

Eddy Current's third full-length, Rush to Relax, is already one of the most anticipated releases of 2010. Cut last August in a six-hour session at Melbourne's Revolver Rehearsal Studios, the album combines stripped-down post-punk sensibilities with the sheer exhilaration of a four-man musical unit that has created its own language, and will never run out of new things to say.

The frantic pace of "Anxiety" is somewhat of an anomaly for Rush to Relax, a shape-shifter of an album that has already garnered comparisons to Television's 1977 landmark debut Marquee Moon. Like that classic group, Eddy Current Suppression Ring harnesses tension and propulsion to blast past the barriers of everyday tedium.

"The Australian quartet works with the basics to produce a simple, hooky garage punk racket, yet delivers a surprisingly multi-layered mixture when everything is said and done." - Dusted