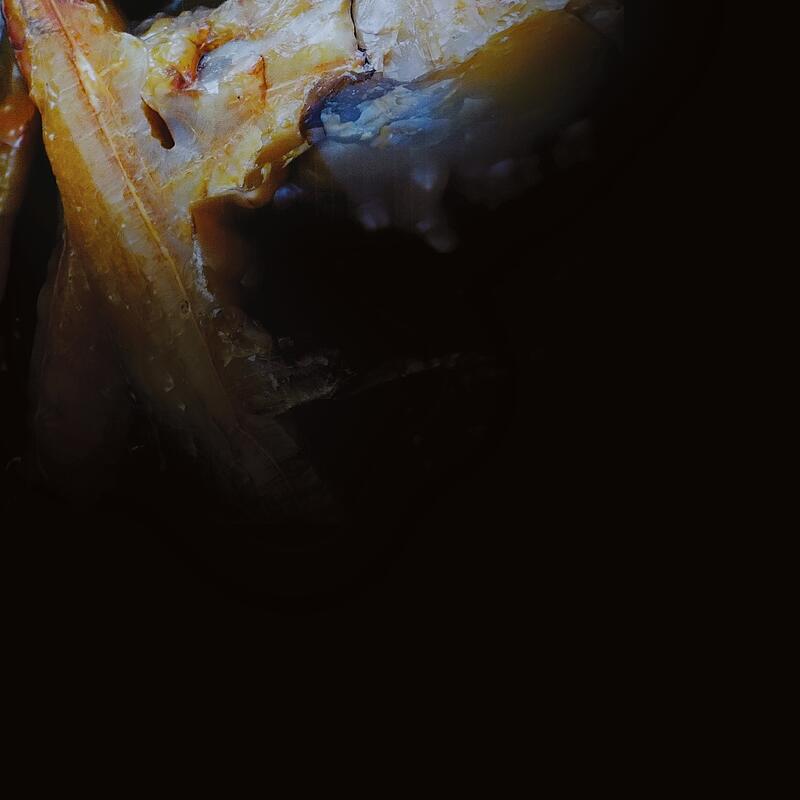 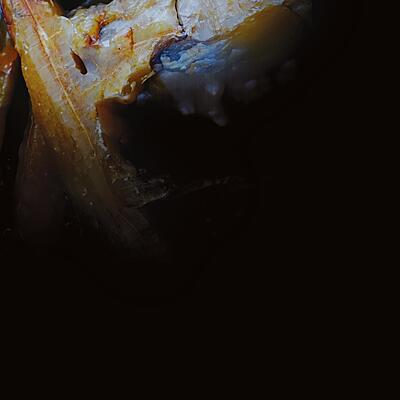 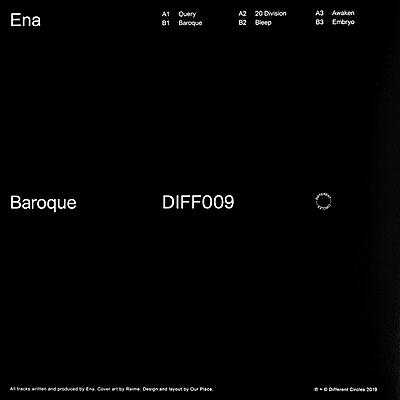 Two years in the works, ‘Baroque’ follows from the D&B-styled flux of Ena’s early 2019 collaboration with Felix K (F&E #1) to sound out more unorthodox areas of inquiry of abtruse, Chain Reaction-like sound design and algorithmic decomposition. In terms of the music’s boneless construction and roiling spectral nature, it surely ranks among Different Circles’ headiest and most psychedelic releases following the dread kinematics of Logos’ ‘Imperial Flood’ album and the cult acclaim given to their killer Raime and Szare 12”s in the past year.

Variously recalling the sound of stressed-out machinery or the sferic mystery of The Conet Project, ‘Baroque’ sees Ena transition further from recognisable styles into a richly enigmatic tonal and texturhythmic language. Over the album’s six tracks he uses this futurist-primitive mode to express a detached, meditative state-of-mind that speaks to paradoxical ideals of club music and domestic listening: of being simultaneously in it, yet out of it; of finding yourself lost in the crowd of noise.

It’s a sound that resonates with the short-circuiting AI convulsions of Logos, Mumdance and Shapednoise’s EP for The Death of Rave as much as the hypnagogic mulch of Thought Broadcast or the most abstruse Chain Reaction releases - think a rusted and sunken Dynamo or Porter Ricks in radioactive waters - and comes primed in artwork by Raime that perfectly highlights the music’s strange, semi-organic nature and austere yet psychoactive allure.